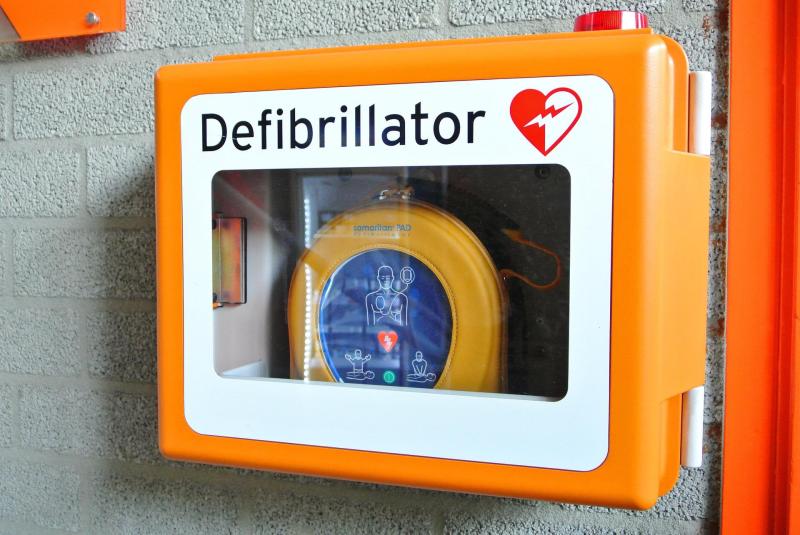 A PENSIONER was brought back from the dead by a consultant paediatrician, a veterinary surgeon and a doctor who were first on the scene after he had a heart attack on his way to watch the Limerick hurlers on Saturday evening.

Professor Barry Linnane and Dr Michael Shinkwin, both of North Circular Road, and Declan Gill, a Castleconnell-based vet, performed chest compressions and rescue breathing for up to 20 minutes in the shadow of the Gaelic Grounds.

The Leader was contacted by Maurice Leamy, Ballinacurra, who said: “Talk about having the right people in the right place at the right time – two doctors and a vet! I didn’t get their names but I was so impressed with everyone’s team effort – the three men giving CPR, the passersby, paramedics and neighbours.”

While he didn't get their names, the Leader was able to deduce the vet was Mr Gill and the consultant paediatrician was Mr Linnane.

Mr Gill said: “It was just one of those things, two doctors and a vet were the first there – what are the odds? I was only doing what I was told. Barry Linnane is a top-class fella, absolutely. He just took command of the whole thing. I couldn’t speak more highly of him.”

In another coincidence, Mr Linnane should have actually been in the Gaelic Grounds at the time he was helping to save the life of the man, aged in his 70s, from County Limerick.

“I live around the corner on the NCR. We were just walking up at ten to 7 so we were cutting it a little fine. We were half way between the Ennis Road and NCR. It was myself and the three kids - Aoife, aged 12; Michael, 10 and Méabh, 8. The tickets were on the Ticketmaster app and I could not get an internet connection. I said we are going to have to go back and print out these tickets because we won't get in without them,” said Mr Linnane.

They turned around and walked back where they had strolled 30 seconds earlier. Out of the corner of his eye he saw somebody on the footpath who was partly under a car.

“I thought was somebody trying to fix a car? As I got closer you could see immediately it was an elderly man that had collapsed. I pulled him out from under the car. I could see he wasn't responding at all. He would give an occasional gasp every 30 seconds. He was purple and pale and there were no signs of life apart from the odd gasp. I knew immediately he was in cardiac arrest. I started straight away doing chest compressions and called for help,” said Mr Linnane, who told his daughter Aoife to go to the house beside them and ask the elderly homeowners to ring an ambulance.

In the meantime, a woman in her 20s rang for an ambulance as the couple looked after Professor Linnane’s children.

The consultant paediatrician was quickly joined by Mr Gill and Mr Shinkwin. Under Mr Linnane’s direction they took turns at doing chest compressions and rescue breathing. He also told another helper to get a defibrillator from outside the local Centra. The girl on the phone to the emergency services was able to tell them the ambulance was coming in 11 minutes, eight minutes, three minutes...

“This was really helpful – they arrived very quickly. I felt for a pulse, there was no pulse, I felt again for a pulse, there were no signs of life. At this stage we were doing chest compression and breaths for maybe 15 / 20 minutes,” said Mr Linnane.

The defibrillator arrived just as the ambulance did so they continued with their life saving First Aid while the paramedics got their AED ready and gave the patient adrenalin. A number of shocks from the defibrillator followed.

As the pensioner was being taken away Mr Linnane said he was still being fully resuscitated.

“I wasn’t sure when he was heading off would he survive,” he conceded. Mr Linnane spoke to the Leader shortly after seeing the man in ICU on Monday evening

“He survived thank God. He was actually sitting up and talking. It was amazing, absolutely amazing. It was such a joy to see him there. Hopefully now he will make a full recovery. I couldn't believe it because the last time I had seen him he was essentially, effectively dead. It is just fantastic. It is a rare good news story,” said Mr Linnane, who is quick to downplay his role

“It is funny how a team suddenly works together. It certainly wasn't me on my own. There was the two or three other people doing chest compression, the elderly couple who gave directions and looked after my three, the girl on the phone, the guys coming in the ambulance so quickly and giving him that effective treatment straight away, then into the hospital and that's where they were able to save him and up to ICU. All those things have to happen for him to be sitting up today, able to smile, squeeze my hand and say a few words. Amazing,” said Mr Linnane.

He said you don’t have to be a consultant, a GP or a vet to do what they did.

“You call for help, you do the chest compressions, you try and get an AED as quick as you can - anybody could do that. We were lucky we were able to start almost straight away. It was about 30 seconds,” said Mr Linnane. The fact that the survival rate for cardiac arrests outside of a hospital is less than 12% proves just how lucky the man was.