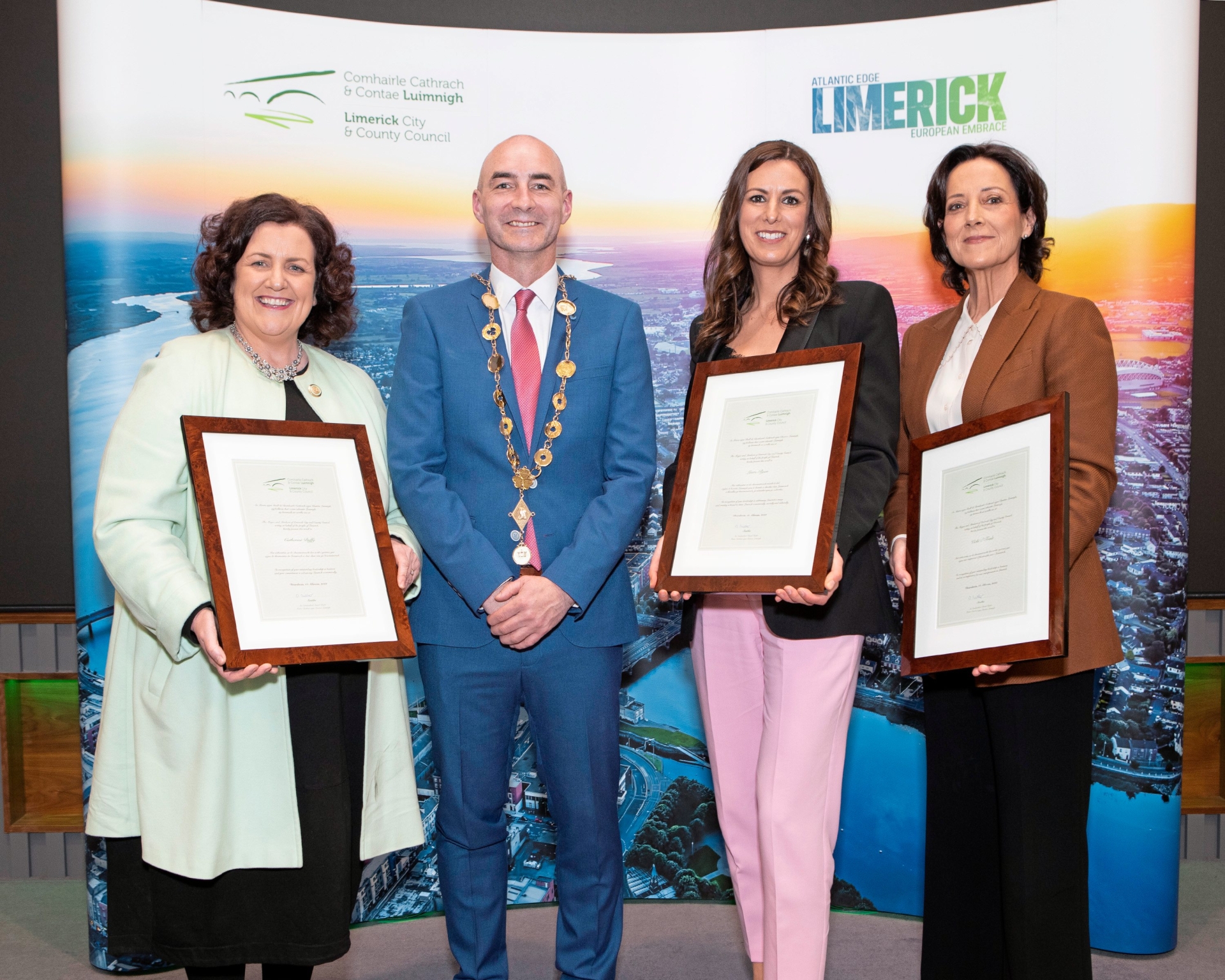 Ms O'Toole was lauded by Mayor Butler for her "outstanding leadership in business" and being an "inspiration for new entrepreneurs in Limerick."

Ms Ryan drew praise for her leadership in addressing Limerick's image and creating the 'edge/embrace' brand to drive the county forward economically, socially and culturally.

And Ms Duffy, a former Limerick Chamber president, was given a reception to recognise her leadership in business, plus her commitment to advance Limerick economically.

Mayor Butler said: "It was a great honour for me to be able to acknowledge the incredible contributions by these individuals to local civic life. They represent the incredible leadership that has driven our city forward to the successes we now celebrate."

"Catherine in humble but earnest efforts has made Northern Trust the success it is locally starting with 19 employees when she began to the now 1400. Beyond that her championing of Limerick at various times and as part of many local committees has been of great value to Limerick and the region. She is a woman truly at the top of her game but also one of great humility, generosity and grace," said the first citizen.

Riverfest Limerick is back this May Bank Holiday weekend!

Meanwhile, speaking of Ms O'Toole, he added: "Vicki has and continues to be an incredible business woman driving a local family business to national and international success. Her resilience and innate strength are some of her great qualities. In more recent times she has been very generous with her knowledge and experience sharing with up and coming business people representing us with great pride. She is indeed a worthy recipient and a force to be reckoned with."

Thank you to @DanielButlerFG and @LimerickCouncil for the amazing honour tonight of a Mayoral reception this evening. #Limerick #LimerickEdgeEmbrace pic.twitter.com/rWAd2fyklp

While Ms Ryan, who is now working in communications at the University of Limerick, said: "Laura will be known to many as someone in the background who has joined the dots of our success sharing our new story as a city and county. When she began her role Limerick was a punch bag for the media and was undergoing challenges no doubt but unfairly portrayed nationally and international. She through her passion and ability transformed the Limerick story through the successes of Limerick.ie and the Limerick Edge and Embrace brand and much more. Thanks to her we now more importantly tell ourselves a more confident story of ourselves that we deserve to tell."