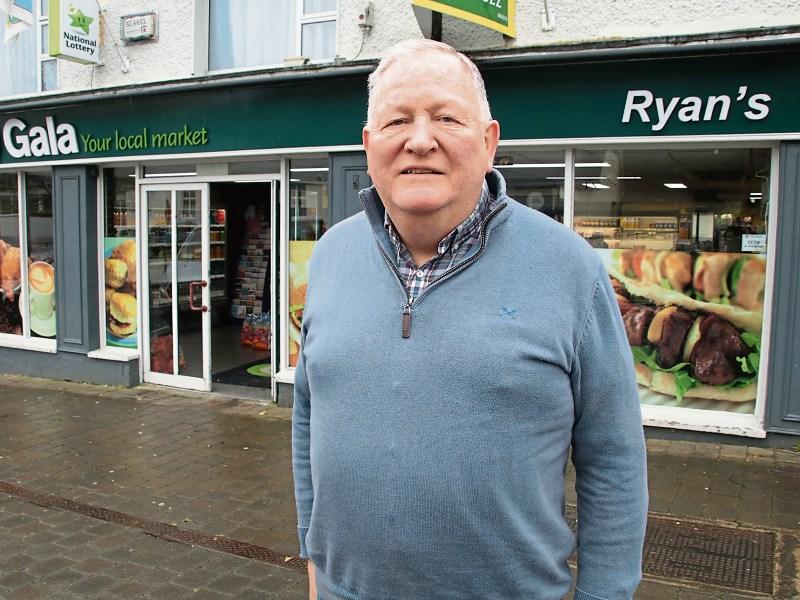 Mike Ryan has placed his shop in Annacotty up for sale after 46 years serving the community | Picture: Adrian Butler

A STORE in the heart of Annacotty has been a Spar, Londis and Gala but it was always known as Mike Ryan’s shop.

But it won’t be for much longer as Mike is retiring after almost half a century at the helm. The popular shopkeeper says there has been a grocery at that site for around 100 years.

“My father and mother were here before me, Michael and Maureen. It would have been originally my grandmother who was Maud Ryan, my father's mother. They bought it from the Brennans, who were living next door to them, in the 1940s,” said Mike, who took it over when he was just a teenager after his father suddenly passed away in 1976.

Forty six years later Mike, and his wife Rosaleen, are calling it a day. The Annacotty we know today is very different to the one of 1970s.

“It’s totally different. It has changed totally over the years. There were green fields all around us.

“At that time, even though it was on the main Dublin Road, primarily the main business would have been from farmers. There was a creamery across the road where Mr Price is now, and there would have been over 100 farmers coming in there every day with their milk. There wouldn’t have been a huge local trade, because we were in the country,” said Mike.

After Rosaleen left Todd’s she has been in the shop with him since. And their three children – Vincent, Emma, Roisin – have all helped at the till.

But now, aged 62, Mike says the time is right to shut up shop.

“We'd been discussing it with the family for the last year or so. I'd a couple of big operations last year and I basically said, ‘Look what am I doing all this for?’.”

“With my health issues, I have to pull back from it. I have to do less hours, even at the moment I'm doing about 70 hours a week. It’s virtually impossible to get staff. I have four students who work in the evening. I'd be doing on average 12 hours a day. On the weekends I'd be doing six hours each day. On a bad week I could be doing more than that,” said Mike.

Incredibly well got in the area, Mike and Rosaleen have received countless good wishes since the GVM sign went up outside the shop.

“There has been an amount of well wishers, and a few people sad as well. They are saying there'll be no more Ryans in Annacotty. There has been interest but will it actually be retained as a shop? I have no idea,” said Mike, who wishes to thanks all his customers down through the years.

Tom Crosse, GVM Group property director and who is handling the sale, said the family are very much associated with the area.

“They are held in very high esteem and are taking a well deserved break now into retirement. We wish them well, and wish them a happy retirement,” said Tom.

“Or perhaps an opportunistic property play for developers, investors or indeed convert for other business use that could thrive in such a densely populated and expanding area,” said Tom.