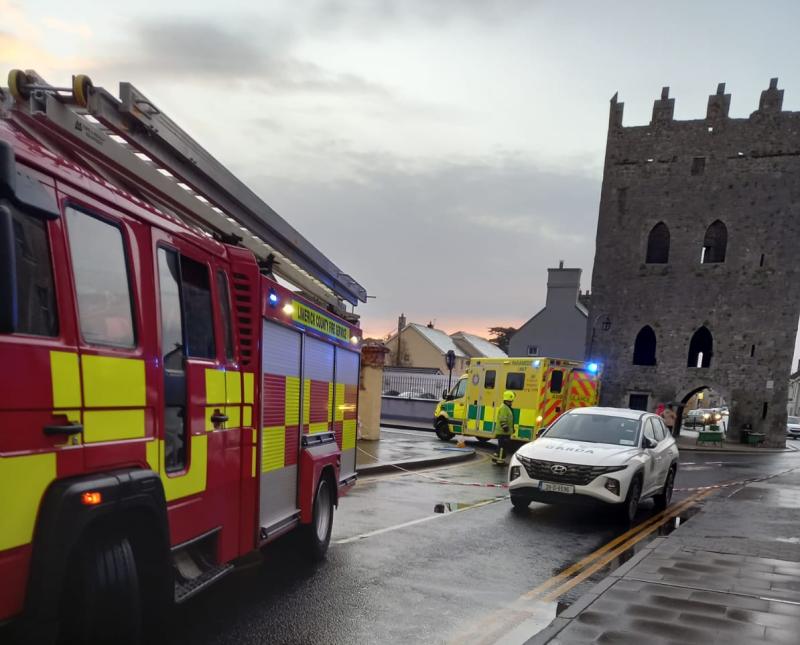 Emergency services at the scene of the collision in Kilmallock

THE TEENAGE female driver of a car that mounted a footpath and hit a house in Kilmallock was hospitalised along with two juveniles in the vehicle.

A garda spokesperson said this Thursday that "investigations are ongoing" following the incident on Tuesday evening.

It is understood the driver was coming from the Limerick direction and didn't negotiate the bend around King's Castle. The car then mounted the footpath, hit a house and spun around on the road.

"One female, aged in her late teens, and two juveniles were taken to University Hospital Limerick for injuries which are believed to be non-life threatening. Investigations are ongoing," said a garda spokesperson.