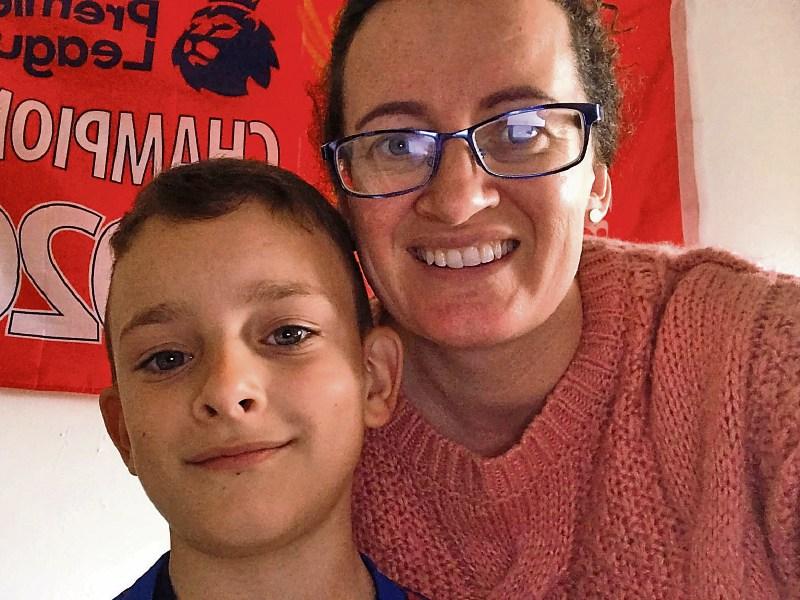 Generous Glen Blackhall, 9, with his mother Dawn and (below) a picture of the handmade card he sent to St Lelia’s

A LOCAL youngster has shown he has a heart of gold after donating his pocket money to Ukrainian children arriving here.

Nine-year-old Glen Blackhall from Thomondgate gave €5 which meant another little boy who has arrived in the St Lelia’s refugee centre in Kileely was able to get a fresh new pair of pyjamas.

The Gaelscoil Sairseal student also made a lovely handmade card for Ukrainian families, as well as donating some reading books and a Tic Tac Toe noughts-and-crosses game. 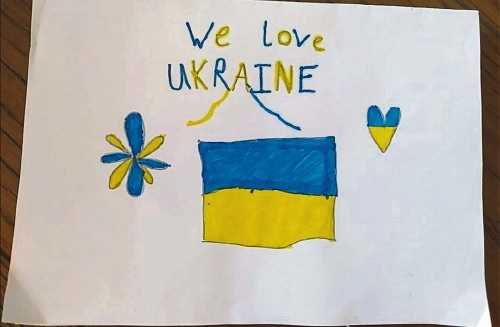 Glen’s mum Dawn, who works as a dental nurse, is really proud of her son’s actions.

“He's a very kind child, but he doesn’t recognise it himself. But what he’s done is such a generous thing to help Ukrainian families and their children,” she said.

It’s not the first time Glen has given back, with the youngster also taking part in a fundraising effort for the neo-natal unit at Limerick’s maternity hospital.

He was born prematurely, and he wanted to give back to those who helped him nine years ago. So, last Christmas, him and Dawn made festive baubles, with all the money raised going to the hospital.

Glen gets up to €5 a week in pocket money – depending on whether he does all his chores in the home!.

It means all his pocket money has gone to the Ukrainian cause this week.

“I thought it was a nice to give some money they may need to buy stuff. I feel really proud that they've managed to get something. It's only a little bit, but it goes a long way,” Glen said.