Norma Sheahan is bringing her hilarious and heartwarming show to Limerick 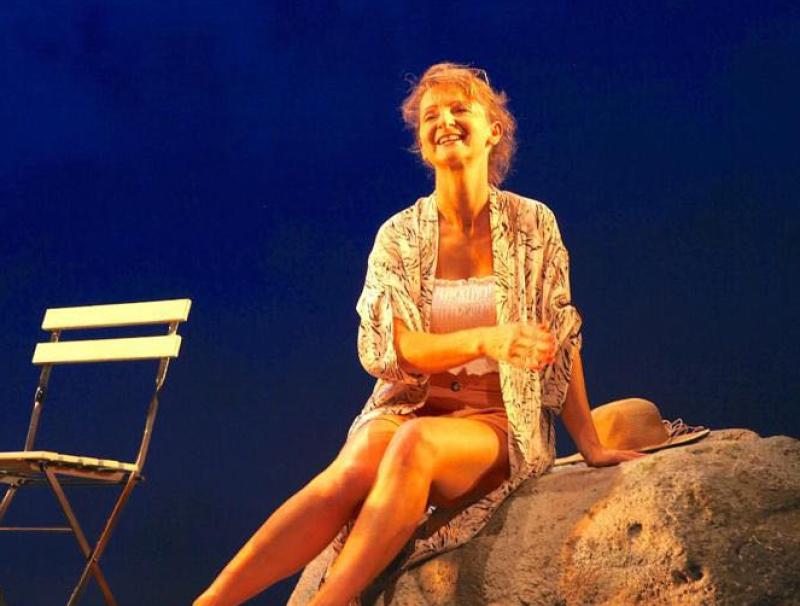 Norma pictured during her sold out run at the Gaiety theatre in Dublin PIC: Tom Lawlor

ONE OF Ireland's acting gems is coming to Limerick to perform the heartwarming and hilarious Shirley Valentine.

After a sellout run at the Gaiety, Norma Sheahan will be treating the Lime Tree audience to an evening of laughter and triumph through the iconic character.

Trapped in a humdrum life, Shirley wonders where she lost her hopeful self with no support from her demanding husband or self-absorbed teens.

So, when a divorced friend asks Shirley to go on a holiday to Greece, she bravely gathers what remains of her dignity and begins a humorous and uplifting voyage of rediscovery.

With acting credits including Angela’s Ashes the Musical, Holding and Bridget and Eamon, there is no better fit to play the role of the effervescent Shirley than Norma.

Norma says the show isn't just for women of the same generation as Shirley.

She said: "Shirley's big thing is that she is so lonely she talks to the wall and I think we can all relate to that after the pandemic.

"There is a new audience of the younger generation coming to see it because it is about living life to the full.

"The message is not so much about going off to Greece and finding a sexy man, it is about falling in love with yourself again."

"No one wants to see shows at the moment about war or politics. This is a laugh a minute play but it also has a message in it.

"A lot of women came back twice in the Gaiety and brought their friends which is lovely, you don't want to leave people in the gutter after two hours in the theatre."

Shirley Valentine comes to the Lime Tree Theatre on Friday, April 22 and tickets are on sale now.