Calls for action over illegal dumping at Limerick bring bank 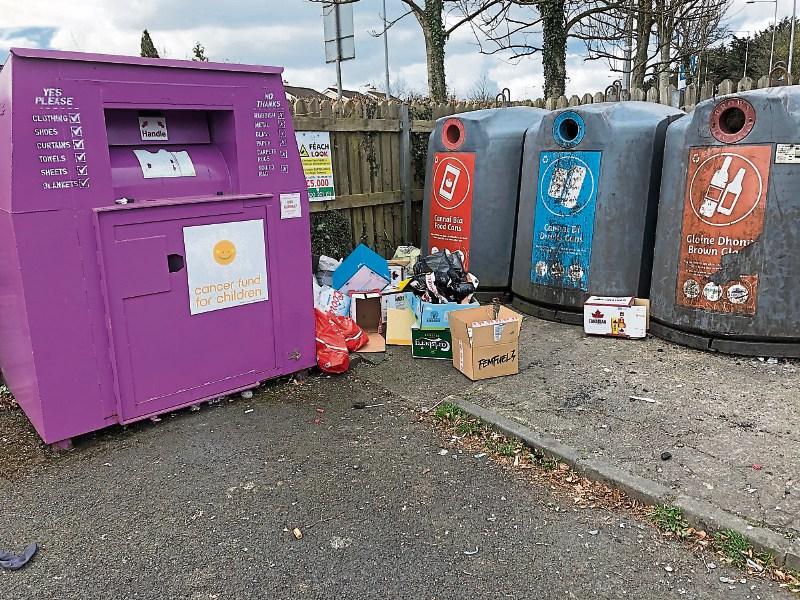 ILLEGAL dumping at a suburban bring centre has been described as a “scourge on the local community” by a Limerick Aontú activist.

Party representative Eric Nelligan has said he sees rubbish piled high around the various collection banks on a weekly basis at Milford bring centre in Castletroy.

He stressed that despite a biweekly collection by the council, individuals are leaving the boxes they use to carry the bottles on the ground for “someone else to dispose of.”

“What is needed immediately is legislation to underpin the use of CCTV, drones and number plate technology to help in the fight against despicable illegal dumping and fly tipping,” he said.

Record number of volunteers sign up for Team Limerick Clean-Up

Mr Nelligan believes that the Aontú supported bill on Local Authority Prosecutions through CCTV, would ensure the use of cameras for surveillance only, to help catch those dumping illegally.

The Surveillance Powers in Relation to Certain Offences Bill would allow local authorities to use new technologies such as mobile CCTV, drones and number plate recognition to tackle illegal dumping.

“This type of legislation will not fall foul to the law that affected the recordings amassed by Limerick City and County that landed them with a €110,000 fine from the Data Protection Commission.”

Mr Nelligan stated that his party also want a waste management system paid through a form of central taxation, with a central system for household collection and free bring centres.

He also hopes that this system would take items like mattresses, sofas and other household pieces.

“Unfortunately, a small minority of individuals who have no civic pride will engage in some form of illegal dumping, the only way to catch them is via camera technology.

“I just can’t get my head around people who plonk their rubbish in our community and let it lie there for others to clean up,”’ he stated.