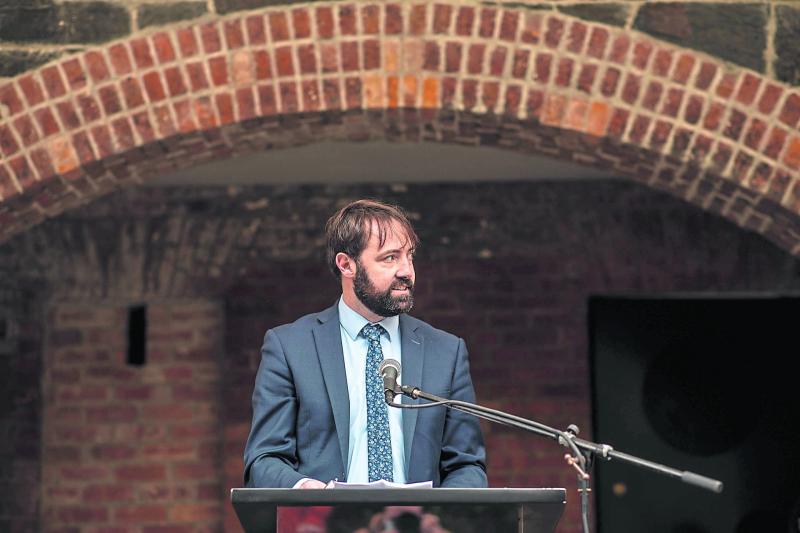 Brian Leddin, speaking here at the opening of the Limerick Greenway, represented the Irish government at a Paris summit | Picture: Sean Curtin/TrueMedia

The first was the Conference on the strategic economic autonomy of the European Union, and was hosted by the French Senate at the Palace du Luxembourg.

Later the same week, Mr Leddin spoke at the Global Parliamentary Network, organised by the Organisation for Economic Co-operation and Development (OECD).

The OECD invited deputy Leddin in his role as chair of the Joint Oireachtas committee on environment and climate action and were keen to hear how the organisation can help countries meet their Cop26 commitments.

Mr Leddin said: "We are seeing how the war in Ukraine has severely impacted energy and food supplies in Ireland and across the European Union. Both the war and the climate crisis have exposed fundamental vulnerabilities in these areas that must be resolved. I was able to report that Ireland can provide clean renewable energy to Europe using interconnection and development of a hydrogen economy, so that we are not dependent on despots and dictators. Limerick and the Mid-West will be the centre of this effort.”

In order to tackle the climate crisis, Mr Leddin said he believes systemic change, as opposed to marginal change is what's required.

"The wider society has to understand why we are doing what we are doing. The debate needs to happen at the lowest and broadest possible level and we have to design consultation systems that give confidence to the people that they are part of the decision making process. If we don’t do this then the political consensus and momentum around climate action, as set out in international agreements such as COP, can and will unravel quickly, As stated by the three IPCC reports climate disaster is near, however, there is immense opportunity in climate action - renewable energy jobs, warmer and healthier homes, fairer and better conditions for farmers. The reality is grim and the transition will be difficult, but Ireland can lead in climate-positive action and benefit from the green and sustainable economy, ” he concluded.