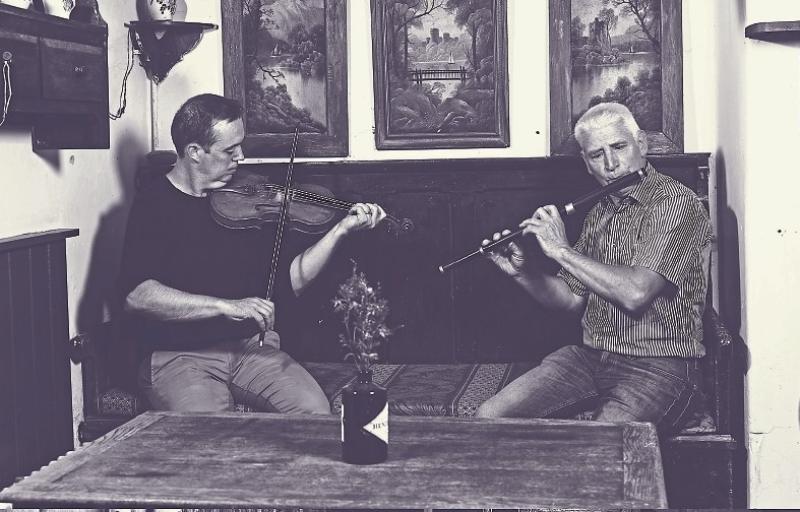 A ROUSING night of traditional music at its best is guaranteed when three separate music duos launch their new CDs with a concert on home ground in West Limerick next week.

Taking place on Friday, March 18, in the Longcourt House Hotel, Newcastle West, the concert will feature well-known musicians who have long roots in music and are steeped in the West Limerick tradition. But music from other areas of the country will also gladden hearts.

For one musician, the outstanding accordion player Dan Brouder, the concert will be a bit of a home-coming. The Monagea man, who grew up in the West Limerick tradition, now lives in Co. Longford where he partners, in life and in music, with banjo player Angelina Carberry, the winner of the TG4 Gradam Ceoil Musician of the Year award.

The two have long played together but this gig will see them launch their new CD, Back in Time, where they have explored the music tradition of Longford, the tradition Angelina draws from, and resurrecting a great treasury in doing so. Among the many gems are tunes drawn from the Michael Leonard and Thomas Manuscript (1844-1850)which was found in the attic of a pub in Abbeyshrule in 1962 and which provides an incredible glimpse into the music people were dancing to at the time. They also mined old recordings by Longford musicians who played in 1920s’ New York.

Nearer to home, flute player Donal O’Sullivan and Diarmuid O’Brien on fiddle have also done serious research in putting together Abroad in the Back Kitchen, where bouzouki player Brian Mooney and pianist Clodagh Buckley also feature.

“West Limerick doesn’t always get the same recognition as Clare or Sliabh Luachra,” says Diarmuid O’Brien, something which he evidently regrets.

But he is passionate in making the case for those players past and present with their own distinctive West Limerick style and repertoire. For this CD, he and Donal dug deep into old reel-to-reel recordings and carried out research over almost two years, before compiling their play-list which is a great showcase for West Limerick music, with its beautiful, steady ‘rhythm’ and ‘lift’ style. “I have no doubt a lot of the music would be lost if we didn’t record it,” he adds.

Francis O’Connor is another stalwart of the West Limerick tradition but with one eye also to the musical inheritance of his wife, Áine, who hails from Kilnamatra, Co Cork and is the daughter of the great Connie O’Connell.

In their CD, They didn’t come home until morning, Francis and Áine explore two great examples of duet playing that have greatly influenced them: the duet playing of Connie O’Connell and Denis Mc Mahon from Sliabh Luachra, and the duet playing of Moss Murphy and John Joe Harnett from West Limerick. Through this album, it is their hope to revive some of the great selections of tunes that these particular pairs. played.

With such a line-up, a night of magic is assured and it comes with a cover charge of just €5. To secure your place, get there in good time for an 8pm start.