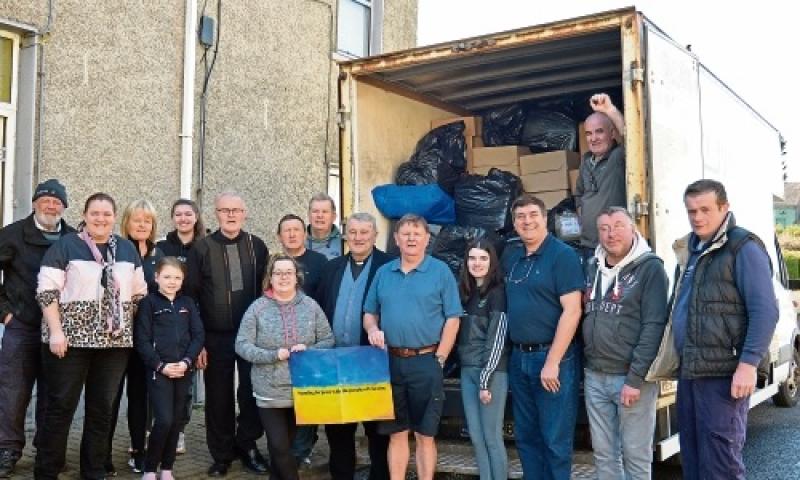 THE TRAVELLER and settled communities in Rathkeale have come together in support of Ukrainian refugees and their joint efforts have resulted in 441 care packages which have now begun the first stage of their long journey to Poland.

The appeal for help for refugees was very quickly answered, according to David Lamont, who described the response of local people as awesome.

“I expected a few boxes, but we had 80 by mid-week and hundreds by Friday,” he said.

Saturday, March 5 was D-day as the packages had to be dispatched to Killarney where they became part of a larger consignment.

The town’s Traveller community with Fr. William Russell raised thousands of euros that were promptly spent locally on the items deemed vital.

Financial donations from the Credit Union and individuals were also converted to the requested supplies which included items such as blankets, sleeping bags, toiletries, baby supplies and non-perishable food.

Limerick organisation 'working around the clock' to help Ukrainian refugees

Mike Hunt, the Community Employment programme team and many unseen volunteers quickly became the logistical backbone of the process.

They sorted, packaged, and labelled the supplies into uniform boxes donated by ABP.

James O’Connor Kitchens provided a large van and despite a tyre blowout on the second trip, everything was safely delivered to the Paul Fitzgerald & Son Building Supplies waystation in Killarney, County Kerry.

“The crew in Killarney were delighted to receive such a large donation all the way from Rathkeale that was boxed, labelled and ready to go on pallets,” said Konrad Paprocki, who is the donation coordinator for the Polish community in Killarney.