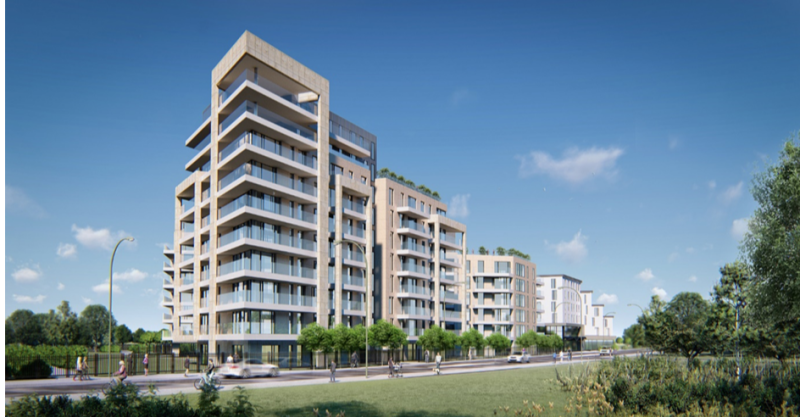 PLANS for a massive new housing development along the Canal Bank in Limerick have been reactivated.

Developers Revington are seeking permission from An Bord Pleanala for 363 apartments, 18 houses and 189 student bed spaces, on top of a new childcare facility. In total, the scheme could house up to 1,000 people.

It comes as part of a multi-million euro housing project which was initially submitted in 2020, but rejected due to the presence of otters on the site.

Revington confirmed details of the application in a statement to the Limerick Leader.

Manager for this project Gary Lawlor said: "Today’s announcement demonstrates our commitment to Limerick City and its future. Limerick City is the third largest city in Ireland and is home to some of the largest multinational, pharma and med-tech companies in the world.  Just in the last few weeks, Lilly, Legato and BD have announced almost 500 jobs for the city, these workers will need somewhere to live."

Below: an aerial render of how the new Canal Bank-side development may appear 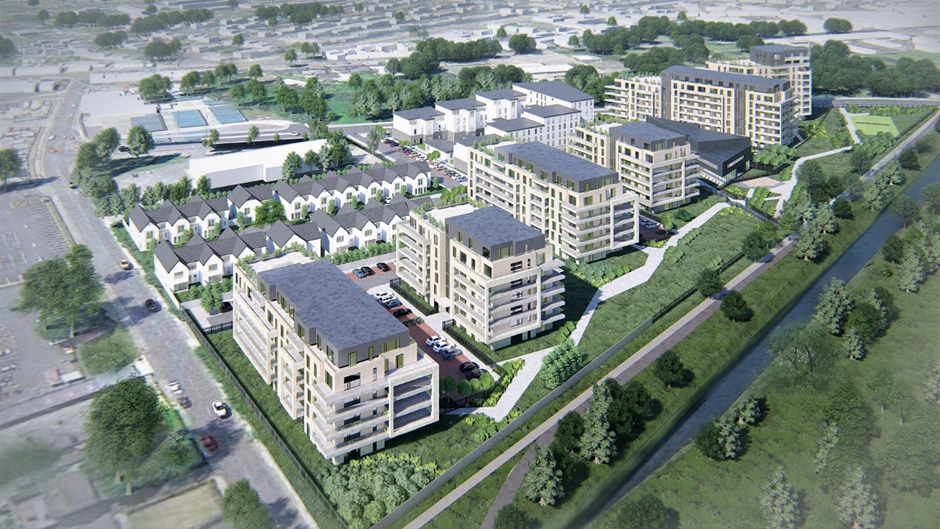 He pointed out that the housing project site is just a 10 minute walk away from the new Opera Centre space due to open in the next few years.

"This development will help to address the housing need for all types of homeowners, from first-time buyers, to cost rental properties, student accommodation and social housing.  We want to be ambitious for Limerick but also deliver housing in a sustainable manner, so that housing needs of all are being addressed," he explained.

"This development will see 363 apartments; 18 houses and 189 student bed spaces delivered and will accommodate almost 1,000 people," Mr Lawlor added, " By adding this housing stock, it will help to ease the housing pressure in the local vicinity, making rents and housing more affordable for others.  It will also mean that Limerick can remain competitive in attracting large scale foreign direct investment into our city."

The planning application has been fast-tracked to An Bord Pleanala under laws which are designed to speed up the delivery of housing. But local councillors will be able to have their say and make a submission to the national planning authority, as will other interested parties.

It's anticipated the matter will be up for discussion at an upcoming metropolitan district meeting.

Mr Lawlor concluded: "We are resubmitting these plans as we want to see this vacant and idle site in the heart of Limerick City developed and turned into something positive.  We are confident that we have addressed the issue An Bord Pleanala had in respect of the previous application.  If permission is granted, we would hope to begin construction as soon as possible."