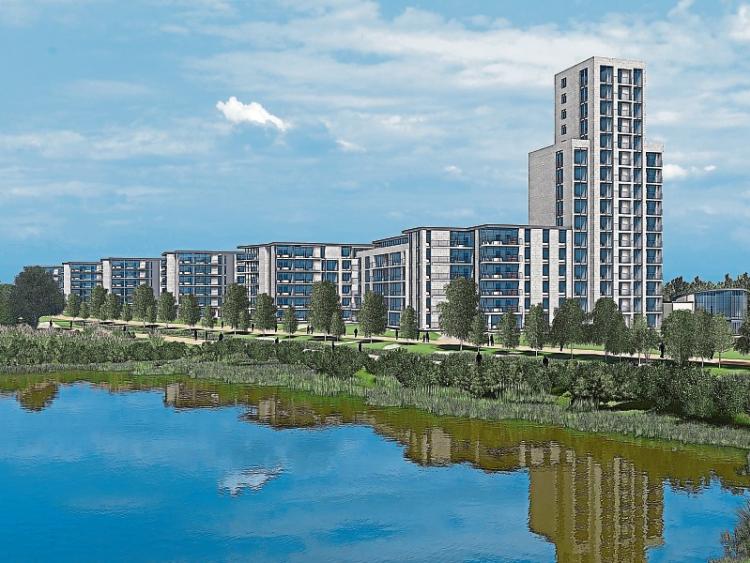 A MAMMOTH 442-unit housing development on Limerick’s riverside has been rejected – because of the presence of otters on site.

An Bord Pleanala this week has vetoed the proposals –  which would have seen seven high-rise blocks – telling the developer behind the scheme, Revington, that it is unable to grant permission.

This, they said, is because the information provided is “inadequate”. The blueprint would have seen 363 build-to-rent apartments in a mix of studio, one bedroom and two bedroom units

There were going to be 61 student apartments in a mix of two, three and four bedrooms, totalling 189 student bed spaces, alongside 18 dwelling houses.

And as part of the mammoth scheme, seven apartment blocks would have been built on the four acre site along the Canal Bank, which also borders the Pa Healy Road.

As well as the housing, the development would also have included a cafe, three retail units, a creche and management facilities.

Fine Gael councillor Olivia O’Sullivan is disappointed, saying : “We are still in the middle of a housing crisis and solutions of scale have to be found.”

”It is a fact that we have an under supply of housing and we need new residential development in Limerick. The location of this proposed development on the Canal Bank strategically located between the city and the University of Limerick was significant,” she said.

But Cllr Elisa O’Donovan said: “Limerick needs housing but this must be done in a sustainable and open way not the continued political reliance on private developers with little scope for community consultation.”

Any new application, An Bord Pleanala said, should include, at a minimum, an ecology report and a tree survey.