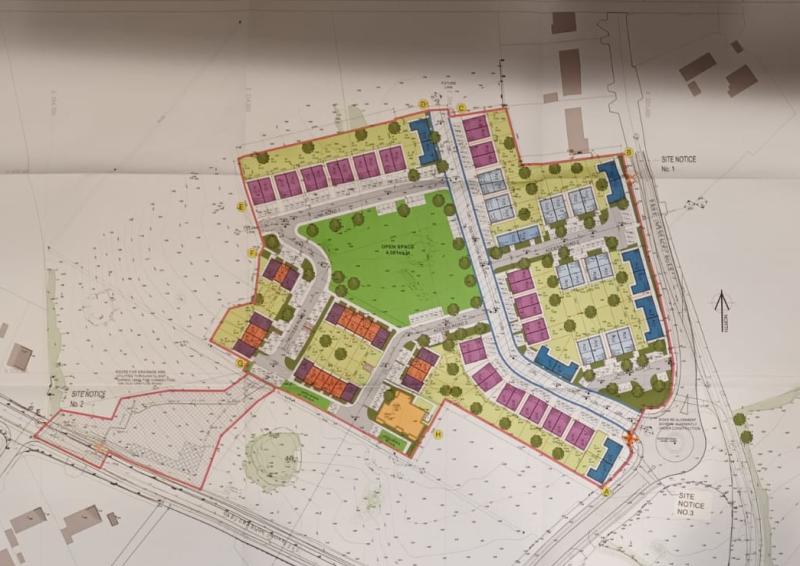 Drawings of the proposed development

ALMOST 100 homes are being planned as part of the first phase of a major new development on the northside of Limerick city.

Riverpoint Construction has announced its intention to seek planning permission for 99 dwelling units on lands between the Old Cratloe Road and the Pass Road.

The first of several phases of a project which will ultimately see new neighbourhood for Limerick, the project is being built on lands which will be opened up by the new Coonagh to Knockalisheen Road.

On top of this, 12 apartments in a three-storey apartment block are projected, in a mix of one-and-two bedroom flats.

Local councillor Olivia O’Sullivan said: “It will be a whole new residential area. Residents of the Pass Road have been used to living on a quiet country road, and this is the same for residents of Willowgrove at the end of the Cratloe Road. Obviously, the suburbs are coming to meet them now.”

She gave a cautious welcome, noting “there are people crying out for new homes”.

“The majority of homes on this side being built are social housing. The first-time buyers market has nowhere to turn,” Cllr O’Sullivan added.