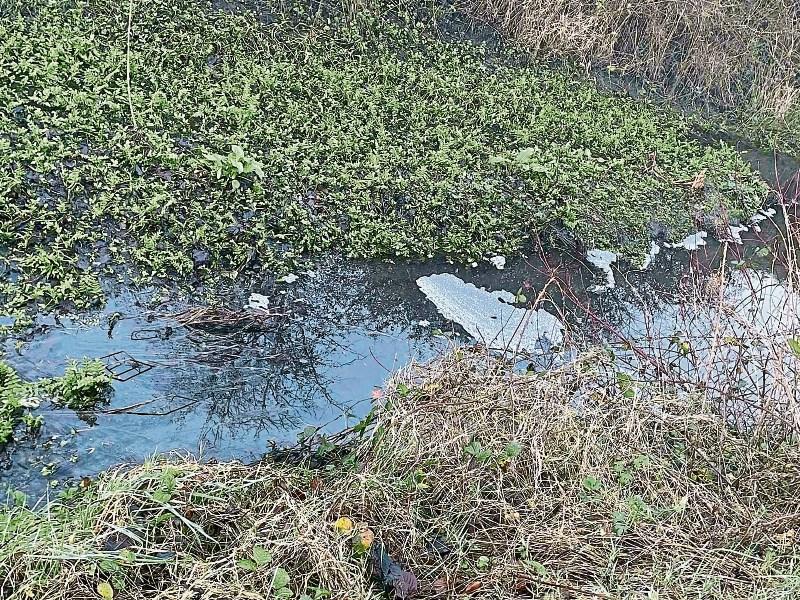 A LIMERICK farmer claims his land has been “contaminated” again with pollution from Raheen Industrial Estate months after the council said they were investigating the matter.

Former Limerick hurling manager Tom Ryan, aged 78, of Ballynoe, Mungret said his “livelihood and the health of people and animals is at stake”.

Last October, the Leader featured the story when Mr Ryan claimed raw sewage had been washed up on his land on a number of occasions. He said he has had to put down a number of cattle after they developed “mysterious lumps”.

At the time, Limerick City and County Council confirmed to the Leader that it is “currently investigating an alleged case of pollution at Loughmore Canal / Barnakyle River”.

An EPA spokesperson said they did receive correspondence which had also been copied to the IDA, that “alleges pollution of the Loughmore Canal and Barnakyle River by contaminated storm water draining from the IDA Industrial Estate in Raheen”. The IDA declined to comment.

Mr Ryan claims before and after Christmas he has witnessed a number of instances of pollution in the canal including a “major breach on Saturday, January 8”.

“There is a large pipe coming from the industrial estate. It goes under the road and flows into Loughmore Canal. At the end of the canal, which is a massive trench, it joins the Barnakyle stream on my land.

“It is like the Mississippi flowing into the River Loobagh in Kilmallock – you have a huge canal flowing into a small stream,” said Mr Ryan.

On Saturday, January 8 he said 20 acres of his land was flooded.

“It frightened me to see it. The sound of it - the water was roaring. It came out on top of the land. I never saw anything like this before.

“I can’t let my cows out on that 20 acres in the coming months - that’s 20% of my grazing platform for my cows. Flooding is one thing - the best and highest of land gets flooded but this is industrial pollution of the worst kind spreading out on the land and staying there,” said Mr Ryan, who adds that in recent weeks he has seen lumps developing in a number of cows.

“They are not as extreme as the last time but they are in the same place along the jawbone. It is very serious. If my herd is affected my livelihood is at stake. What about the risk factor to our health and animal health?” asks Mr Ryan, who has “had enough of investigations and wants actions to stop this pollution”.

He said if he or any farmer was the cause of the pollution, “I would be before the courts and if I didn’t pay the fine I would be jailed - that’s a fact”.

“The people in the council that I have been talking to would be the prosecutors,” said Cllr Ryan.

The Limerick Leader has seen an email from the IDA to a number of tenants in the Raheen Industrial Estate. The date mentioned corresponds with the date Mr Ryan said 20 acres of his land was flooded.

The email reads: “The IDA has received correspondence from Limerick City and County Council Environmental Section in respect of a notification received from a neighbouring landowner regarding a discharge to Loughmore canal on Saturday 8th January 2022.

“Can you check and advise if there were any recent unusual discharges to the storm water drainage from your property on the 8th January 2022. If you have an queries in relation to the above, please do not hesitate to contact me.”

The Leader asked the IDA, Limerick City and County Council and EPA if anything has changed regarding the pollution incidents since this newspaper first contacted them last year.

Regarding the email, the IDA spokesperson said it is “part of our normal procedure when alleged incidents of this nature occur”.

An EPA spokesperson said they are aware of further events in relation to this matter – having received reports in December, 2021 and January, 2022.

The EPA spokesperson added that it is important to note that Limerick City and County Council is the authority responsible for investigating such matters.

“The EPA role in such matters is limited to assessing the performance of a local authority in carrying out its statutory function. Our file on the matter remains open,” the said.

A Limerick City and County Council spokesperson said they are continuing to investigate this complaint.

“A monitoring programme is being put in place for the next few months to investigate discharges to the canal and the situation is under ongoing review in line with established investigation practices for water pollution complaints.

“There appears to have been a large discharge of water around January 8 but the council has no evidence that sewerage/pollution was washed up on the landowner’s land. Limerick City and County Council intends to carry out further extensive monitoring in 2022,” said the spokesperson.