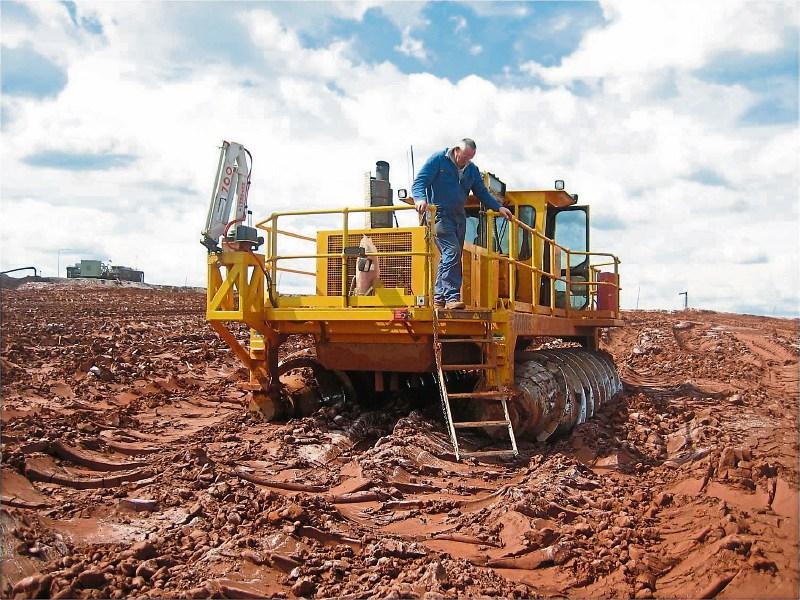 AUGHINISh Alumina, Europe’s largest alumina refinery, say a number of new developments are necessary at their plant near Askeaton, in order to continue production until at least 2039.

Without these developments, the company says in a new planning application to An Bord Pleanála, the plant would cease operations in 2030 “based on current production levels” of 1.9m tonnes of alumina a year.

Aughinish Alumina, which has operated since 1983, currently employs 482 people with an additional 385 downstream, maintenance and contract jobs.

“The closure of the facility at Aughinish would result in a significant loss in highly-skilled employment opportunities in the wider area and result in the loss of one of the state’s major industrial manufacturing facilities,” the company says in its planning application.

And it stresses that aluminium, which is smelted from alumina, will be of “increasing importance as economies transition towards a low carbon future”, pointing out that aluminium is used for example in electric vehicles and photo-voltaic panels.

The company now wants permission to expand capacity for two of its by-products, bauxite residue and salt cake, by raising the heights they are stored at.

Bauxite residue is a non-hazardous red-coloured material and is currently banked, to a maximum height of 32m in an open, 184 hectare site, known as the Bauxite Residue Disposal Area (BRDA) or red mud pond.

The company now wants to raise the height by 12metres to a maximum 44metres.

Salt cake, is a hazardous material stored in a separate, lined cell within the BRDA and the company wants to raise the height of this stored material from the current maximum of 29metres to a new maximum of 35metres.

Current capacity for this salt cake, according to the application, will expire next year when the company also expects to have a new process in place which will limit its production.

The visual impact of the expansion was assessed, according to the application, and concluded there would be “no significant negative effects”. Landscaping of the BRDA is ongoing and included in the planning application.

Aughinish Alumina says that the horizontal expansion of the BRDA or red mud ponds was considered, along with the possibility of a new BRDA. But this would “necessitate additional infrastructure”, it says, ruling it out.

In addition, the company also wants to extend its borrow pit by approximately four hectares. The borrow pit is where rock is excavated to a depth of over eight metres for use in the plant.

This would entail rock blasting, no more than once a week, between April and September each year. Permission for rock blasting was granted by Limerick City and County Council late last year. There would be “negligible” risk to human health as a result of any dust or noise arising from the operation, the application states.

The planning application from Aughinish Alumina was lodged with An Bord Pleanála on December 8 and a decision is expected on June 15.

Meanwhile, Limerick City and County Council will be making its own submission on the application to the Bord and an executive report on the matter is expected to come before the full meeting of the council next Monday.

Earlier this week, four of the six councillors for the Adare - Rathkeale area visited Aughinish Alumina and are expected to discuss the executive report at their Municipal District meeting this Thursday.

A statement from the councillors is expected following that meeting.