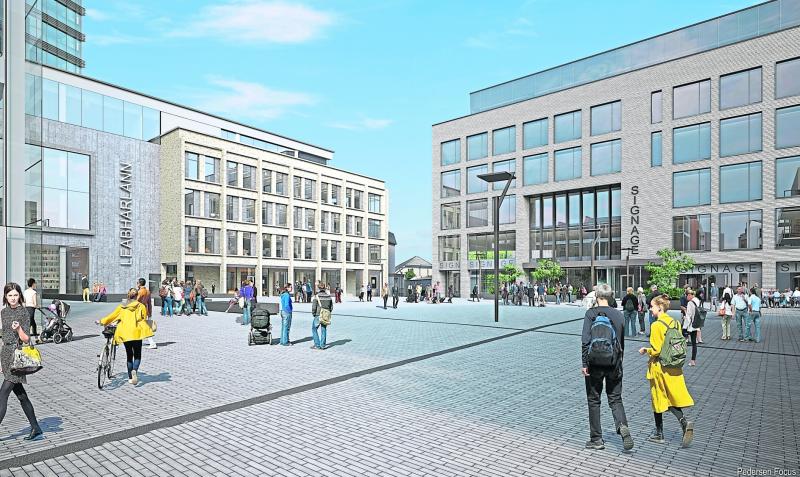 LIMERICK'S €200m Opera development is to have a time capsule at it's heart, it was confirmed this week.

Construction work is well under way on the massive project, which will have at its centre a 14-storey tower housing the Revenue Commissioners.

On top of this, the prime Limerick site will be transformed, restaurants will be added, with a public plaza will be situated at the very heart.

And following the demolition of the old Granary building, which housed the Trinity Rooms nightclub, a new city library will be built in its stead.

It is here that a capsule capturing the time Opera concluded could be located.

The information came to light following a question at this month's metropolitan meeting from Sinn Fein's northside councillor John Costelloe.

In a written response, economic director Vincent Murray stated that Limerick Twenty Thirty, the special purpose vehicle responsible for delivering the Opera development, will orgnaise a public event allowing the Limerick public to decide on the contents of the time capsule.

"The time capsule can be situated in either the new public library or an equivalent public area within ths development," the director said.