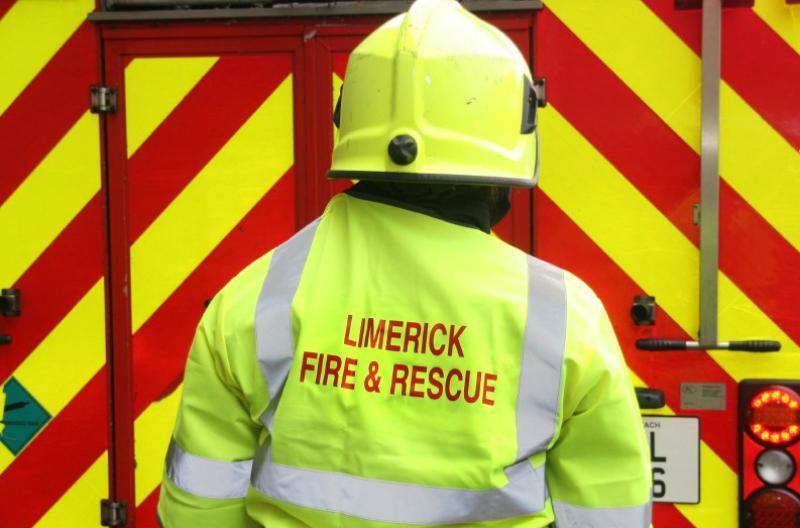 STAFF at University Hospital Limerick were forced to evacuate the Emergency Department due to a fire.

A UL Hospitals Group spokesperson confirmed to the Leader that Limerick Fire and Rescue Service attended the underground  car park at University Hospital Limerick overnight following a car fire. The owners of the vehicle were unhurt. The cause of the fire is believed to be a mechanical fault.

"Staff were alerted to the fire in the car park underneath the Critical Care Block at approximately 00.45am. The emergency services had also been contacted by a member of the public and swiftly attended the scene to bring the fire under control. One other member of the public was in the car park at the time and was unharmed," said the spokesperson.

As smoke began to enter the Emergency Department (ED) on the ground floor, staff evacuated the department at approximately 1am.

"This evacuation of 96 patients was effected without any incident. At 01.26am all patients and staff returned to ED, the fire having been extinguished and the area made safe by Limerick Fire Service. No patients, staff or members of the public were harmed.

"We thank all patients and members of the public for their co-operation during the management of this incident. We thank all of our nursing, medical, portering, security, clerical and support staff and our operational site team for their professional response to this incident.

"We also thank Limerick Fire and Rescue Service and An Garda Siochana for their rapid response," said the spokesperson.

They concluded by saying this incident has been logged on the hospital’s risk management system and "any learning will inform future responses to such incidents".

A UL Hospitals Group spokesperson confirmed a "fire activation" in a non-clinical area of the Critical Care Block at UHL.

"We believe this was in connection with an electrical appliance. There was no harm as a result of the incident and no disruption in services to our patients," said the spokesperson.