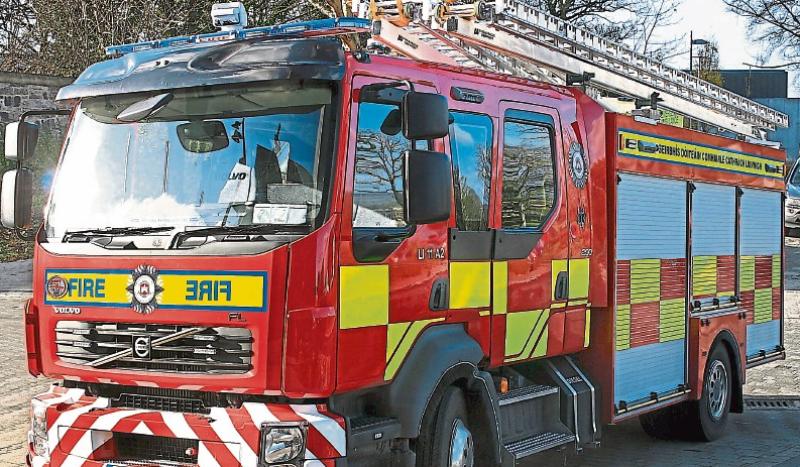 Cllr PJ Carey says a man told him recently that he got a bill for €2,200 for a house fire.

SOME PEOPLE are slow to ring the fire brigade for fear of being burned by the bill, said Cllr PJ Carey.

“It sounds crazy but I know a lot of people who had a chimney fire or a small fire and they took a chance that it would burn out,” said the Independent councillor.

The Kilmallock-based councillor was speaking after a local area meeting where he asked for a breakdown regarding fire service costs - “How much comes from Local Property Tax (LPT) and how much comes from charges?”

“The remainder, €15,487,499 is funded from the council’s own resources which include commercial rates and Local Property Tax,” read the reply.

'Explosion' in Limerick business on first day of work in 2022

Cllr Carey said a man told him recently that he got a bill for €2,200 for a house fire. A number of years ago he said a man was billed after his property was damaged in an arson attack.

“These are some of countless examples. Should people have to pay for the fire services at all, considering we pay for it through our property tax? Maybe there should be a maximum charge like there are in other authorities. People are often reluctant to report fires for fear of being billed.

“Some people believe the myth that the person who reports the call to the fire service must pay the costs, so perhaps an information campaign is needed to stop this confusion. When renewing home insurance, people should be reminded to check and make sure that they are covered for fire service call-outs,” said Cllr Carey.

He concluded by saying there has to be “something seriously wrong” when some think twice about calling the experts when there is any sort of blaze.

“Fire safety is vital, especially at this time of year with all the Christmas lights and candles lighting. The public should not have any second thoughts about calling out Limerick Fire and Rescue Service when needed.

“We all, of course, appreciate and wish to compliment the dedication, selflessness and expertise of these amazing firefighters in the city and around the county who are on call 365 days a year, 24 hours a day. There is something wrong at a higher level that needs to be addressed,” said Cllr Carey.