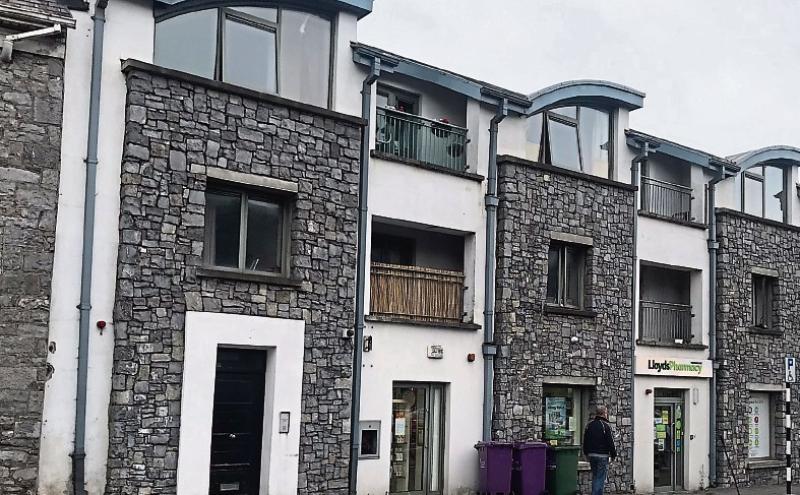 Four top floor apartments in Rice’s Corner, Thomondgate (pictured) and 10 in Fishermans Quay, Grove Island are included in the sale

FOURTEEN apartments for sale in Limerick city have attracted interest “from all around the country even from the UK”.

Ten apartments at Fishermans Quay, Grove Island and four in Rice’s Corner, Thomondgate, have been brought to the market by BOC Properties. The guide price is €2,150,000.

The rental properties in Fishermans Quay are all two bedroom. The four top floor abodes in Rice’s Corner are one four bedroon, two three bedroom, and one two bedroom. Both developments were constructed around 2004.

Brendan O’Connor, auctioneer, said they are an excellent investment opportunity.

“The total gross annual income for the 14 apartments is €178,332. They are all occupied with good tenants. The tenants are not affected,” said Mr O’Connor.

The vendors are understood to be retiring. Mr O’Connor has had an offer on the properties already.

“They are an excellent investment. It is not like selling a three bedroom semi-detached where you’ll have loads of people wanting to view it tomorrow but the interested parties I have are serious buyers. We have various interest from all around the country and even from the UK,” said Mr O’Connor.

The auctioneer, based in Nenagh, is confident of achieving the guide price of over €2m.

“The new owners would have a return of nearly 8% of a yield on our asking price. Anybody that is getting 8% of a yield is a good return for any investor,” said Mr O’Connor.

According to the Daft Rental Report Q3 2021, released last November, rents in Limerick city climbed  by 8.9% in the last year. The average rent is now €1,373.

Ronan Lyons, economist at Trinity College Dublin and author of the Daft Report, said: “While some argue against the construction of large numbers of purpose-built rental homes, any solution to the chronic shortage of rental homes in Ireland must include building new ones.”