First day of school for new Limerick headmaster and principal 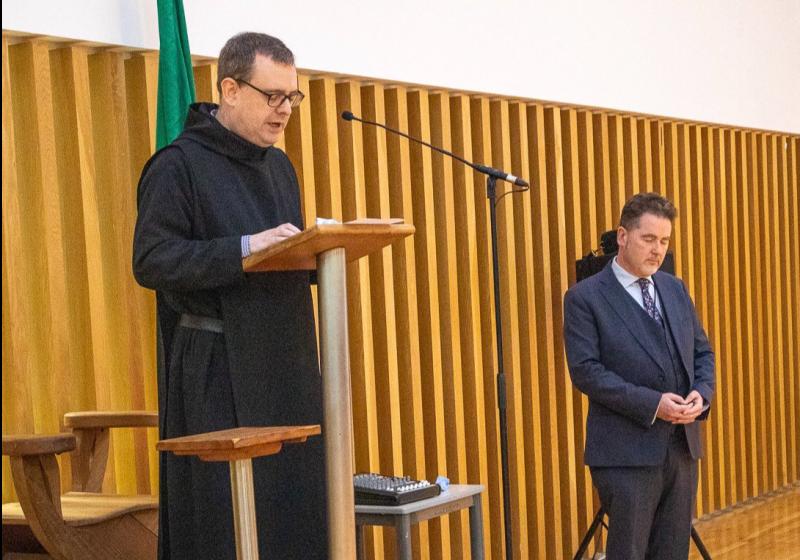 The Board of Management and Board of Governors announced the appointment of Marius Carney last October. He commenced his new roles today.

A native of Belfast, Mr Carney has been principal of English Martyrs’ School in  Leicester, England, for the past fourteen years. Under his leadership the school has become highly regarded for its academic excellence, musical life and strong Catholic community ethos.

The sixth form (fifth and sixth year) ranks in the  top 10% of schools in England for achievement, and the school is heavily  oversubscribed. During his tenure, Mr Carney has led a major capital investment programme resulting in a specialist sports centre, sixth form facilities and a state-of-the-art music school.

As headmaster and principal, Mr Carney will have overall responsibility for all academic, boarding and  administrative facets of school life.

Having announced her intention to resign some months ago, the outgoing principal, Carmel Honan, left Glenstal at Christmas in order to pursue other professional interests.

The outgoing headmaster, Fr Martin Browne OSB, will be moving into the  new non-executive role of school president, serving as liaison between the school and the monastic community. He will also support the new headmaster in the public promotion and marketing of the school.

Welcoming the appointment, Fr Martin said: "I am delighted that Marius Carney will be joining us in Glenstal and I look forward to working with him, and seeing how his most impressive talent, energy and openness bear fruit here in the coming years. At this time of transition in the school, I also want to  acknowledge and thank Carmel Honan, with whom I served for the last three years, for all she has brought to Glenstal during her term of office and I wish her every happiness  and blessing for the future."

Mr Carney was educated at St Malachy’s College, Belfast, subsequently studying Scholastic Philosophy and Byzantine History at Queen’s University, followed by graduate study at Selwyn College, Cambridge. He comes from a family of teachers. His grandfather, a headmaster, grew up near Scariff, Co Clare.

Mr Carney is a musician and has sung as Bass soloist with a number of professional choirs in England, performing on a number of CDs and broadcasts on BBC Radio 3. He enjoys travel, particularly in the Mediterranean and Middle East. A keen walker, he has  made the Camino de Santiago on three occasions.

Mr Carney, who will live on campus, said he was "very honoured" to accept the post of headmaster of Glenstal Abbey School, and is excited to get to know his new students and their families.

"Glenstal is a unique school - well known for its fraternal spirit, academic distinction, sporting and musical life. I look forward to working together with the monastic community, the teachers and other staff, and all the parents and students, to continue to provide a world-class educational experience for many years to come," said Mr Carney.