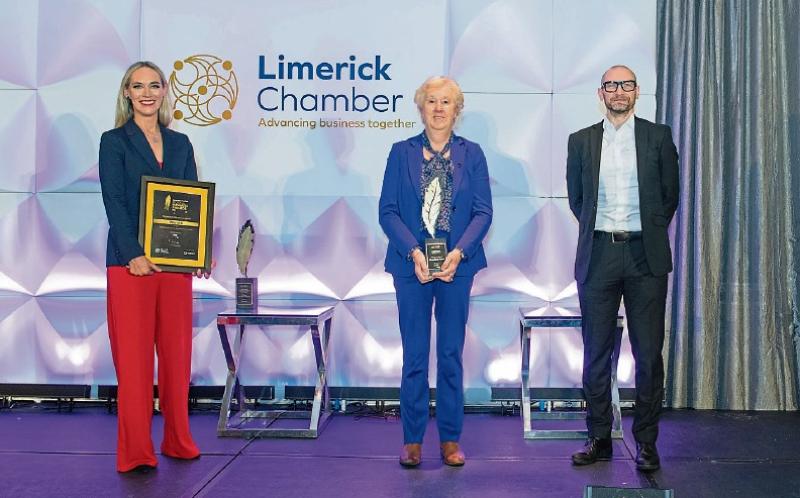 DESPITE a tough year on the business front, employment, thanks to multi-nationals across the region, has grown - new figures have shown.

Statistics released by the IDA job creation agency show that there are now 150 foreign direct investment (FDI) employers in the Mid-West employing a total of 25,270 people. When indirect employment is taken into account, a further 20,216 people are on the payroll.

This represents a five percent annual rise, and Will Corcoran, the IDA’s regional manager in this region, said: “It’s been great growth. The new names are really exciting. But our bread and butter are our existing clients. It’s here where we get the majority of our new investments. It’s better to see an existing client reinvesting – it shows they see the talent pool in the region, the infrastructure and the partnership we have with the universities locally.”

Mr Corcoran highlighted Becton Dickinson for special mention, as well as Edwards Lifesciences, which is ramping up its employment numbers to 850 at the National Technology Park in Plassey.

It was, he told Business Leader, a “long courtship” in trying to get the firm to Ireland, let alone Limerick.

One of the companies which set up a new operation in Limerick in 2021 was Legato Health Technologies, which plans to up its staff numbers to 120, thanks to an opening at Plassey.

Its country head John Shaw has said the firm has been a very successful opening months for the company in Limerick.

“If anything, the start we’ve had has reaffirmed our confidence in Limerick and Ireland as a location for our research and development base. We’ve got incredible support, from IDA and government and locally as well from the likes of Limerick City and County Council, Limerick Chamber and the two universities. We’re finding this a really pro-business region,” Mr Shaw added.

But while multi-national employment has grown, it’s been a much tougher year for hospitality businesses, many of which only opened in June – and are now facing into Christmas and New Year having to close at 8pm each night.

This time last year, there were high hopes the worst of the pandemic was behind us, with the impending vaccine uptake. However, Chamber chief executive Dee Ryan has now urged businesses to “continue to be resilient”.

“Anyone in the hospitality and retail sector, and the supply businesses have had the most difficult, frustrating and trying year. As a result, we’ve seen many people take decisions as to how they are going to proceed that they might not otherwise have taken. So I’m very mindful that one sector of our community is having a much more difficult time than the rest,” she said.

Ms Ryan believes pubs, restaurants and bars should have been allowed to open a lot sooner in 2021.

“We’ve learnt a lot of lessons in 2021 about what we can do when we safely re-open and I will be pressing our government and opposition representatives to push for a very speedy re-opening when it’s safe to do so. There was some criticism as to how long it took us to re-open last summer at a time when Covid-19 levels were lower. We’ve learnt that lesson, we can reflect on that,” she added.

This year saw the return of the Limerick Chamber business awards, albeit in held in a socially distanced setting at the Strand Hotel, and for the group’s chief executive, it was good to be back.

One of the new award categories was a ‘pandemic pivot’ award, given to a firm which transformed its offering in the wake of the pandemic.

The winner of that was Mary Fitzgerald of the Woodlands House Hotel in Adare, and Ms Ryan said she was “so thrilled” to see her take the prize.

Helen O’Donnell, who this week announced she will step down from running the Hunt Museum cafe next Easter, wants to see government “put a business hat on”, and think more carefully about how small to medium sized enterprises can survive.

“A lot of it is about learning to live alongside and how we can co-exist. Chopping and changing on a Friday, and not knowing if your business is going to be open next week is very hard: it’s very difficult to stay motivated,” she concluded.