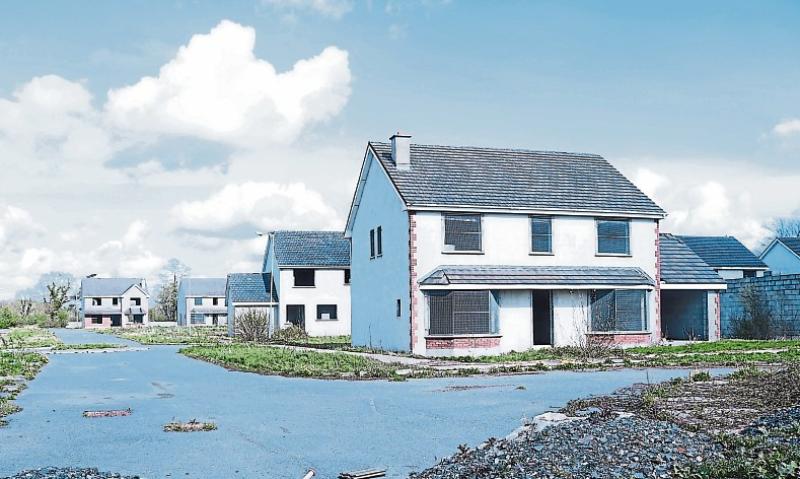 33 houses at Ballywilliam, Rathkeale were acquired by Limerick City and County Council during 2021

LIMERICK City and County Council has confirmed it has carried out 621 inspections of property in the Adare Rathkeale district alone over the past 12 months and that 70 of those properties were added to the Derelict Sites register.

In addition, 40 houses are now the property of the council and 57 houses were put forward to be acquired under Compulsory Purchase Order.

A total of 285 notices were served with notices under the Derelict Sites Act, Adare Rathkeale councillors were told at their final monthly meeting before Christmas.

But Cllr Adam Teskey questioned whether the council ever took enforcement action against its own derelict properties. A council owned house in St Mary’s Park Rathkeale which was left in good condition by the last tenant, has been left vacant for four years, he pointed out.

“It is an absolute disgrace,” he said. “The law is there for everyone. If it isn’t, I am suggesting it should be.”

He also expressed dismay that it could cost up to €100,000 to turn around vacant council-owned houses.

“They don’t need to be finished to five-star hotel standard,” he said. And if funding to do up voids was a problem, will the council have the money to do up the derelict houses it is acquiring through compulsory purchase, he demanded.

Cllr Stephen Keary also had concerns. Given the definition of derelict, which included being boarded up and detracting from the area, about 60% of houses on Roches Rd, Rathkeale could be considered derelict, he claimed.

Indeed 70% of the houses are in first class condition internally, “like palaces”, but the facades were not, he said, and the houses weren’t being used except for a few weeks at Christmas.

“We are an absolute joke as a council if we don’t address it,” he said.

“There are exceptional circumstances that pertain in Rathkeale” director of services Gordon Daly responded.

But, he explained, the definition of a derelict property also depends on the nature of the rest of the property as well. “Every property has to be individually examined,” he said.

“In relation to Rathkeale or any other town,” Mr Daly said, “We have to prioritise the worst cases, the main street. That doesn’t mean we don’t go deeper. At the moment we are working our way through.”

“We have got to prioritise the Main St and Ballywilliam,” he added.

The compulsory purchase of 30 unfinished houses and three sites in an estate in Ballywilliam had been a long and complicated process, councillors were told.

There were 33 different owners and folios involved, there were objections and appeals to An Bord Pleanála but the houses finally became the property of the council last September.

Consultants are to be appointed in January to carry out a full investigation of each house, the infrastructure and site before a discussion can be held on what the next step is.