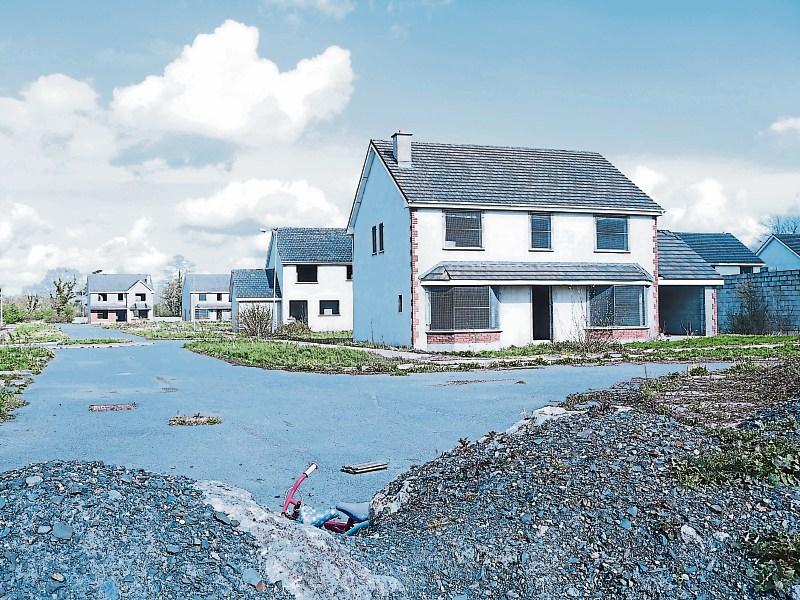 AN Bord Pleanála has approved the compulsory acquisition of a ghost estate in Rathkeale despite a number of objections.

Limerick City and County Council began the process to CPO the vacant houses at Ballywilliam Close on the outskirts of the town last October but 33 individual objections were received just before Christmas.

The unfinished estate, which is regarded as a major eyesore, has been an issue of discussion in the locality for the best part of 15 years.

The Limerick Leader has learned that An Pleanala has recently notified the relevant parties that it has "granted consent” to the local authority to CPO the houses under the provisions of the Derelict Sites Act 1990.

These are due to be released by An Bord Pleanála later this week at which point councillors and other stakeholders will be fully briefed.

In February, members of the Adare/Rathkeale Municpal District were told that a file in relation to each of the 33 houses had been referred to An Bord Pleanála for its consideration.

However, councillors were told there will be challenges and significant costs in such a scenario.

At this stage, it’s  unclear when the local authority will formally move to acquire the houses or what plans they have for the estate.

While the houses within the Ballywilliam Close estate are at various stages of completion, none are occupied and significant works will be required to make them habitable.

The public areas are also not complete and its unclear if the estate will be completed or demolished. The direction of the board will take legal effect three weeks after it is  published and the local authority will then have 18 months to execute the CPO.