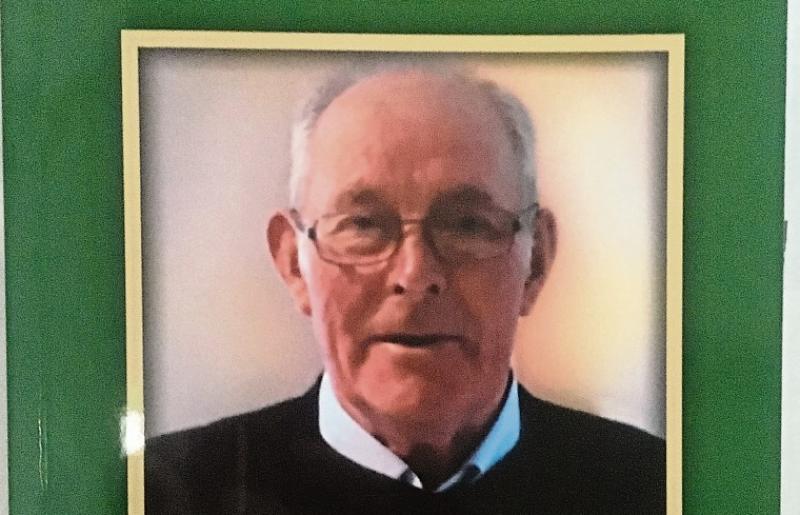 IF DECLAN Hannon was a Cappamore man, a photo of him lifting Liam MacCarthy aloft would not have made the cover of this year’s An Ceapach Mhor.

There was only person who could grace the front cover of the 34th edition and that is the late and great Paddy Ryan ‘Luke’. Inside, there is a beautiful appreciation of Mr Cappamore and the longest serving secretary of any agricultural show in the country.

Other local deaths and those with local connections are also acknowledged, as well as happier events of marriages and births.

Mary Lysaght, co-ordinator of the yearbook, said after a few hiccups the 34th edition of An Ceapach Mhor has reached print and is available in shops in Cappamore and surrounding villages.

“The contents cover a wide range of topics so hopefully there is something in it to interest and please all readers,” said Ms Lysaght.

Articles to jump out are Marseille to Cappamore by bicycle; Fr John celebrates 69 years as a priest and Cappamore man takes charge of Welsh football.

As a Historical Society, Ms Lysaght says they are mindful of the year 1921 in Irish history.

“This being the centenary of the War of Independence there are three articles on the event. The article on the War by Mary T Ryan deals with both local and national events. Breda Blackwell wrote on Lackelly where four IRA men lost their lives and Eilis Duggan wrote about the Internment Camp on Bere Island where IRA prisoners were held during 1921.

The schools are featured in a separate section and it’s great to see that life goes on despite Covid and that they remain vibrant places of learning and fun, she says. Photographs both of the present and the past are pictured throughout the journal and The Bye Gone days will take many down memory lane.

The many clubs and organsations list their sporting achievements of the year.

“Through them Cappamore is portrayed as a vibrant place full of activity. My apologies to Cappamore Celtic, an active club whose article was inadvertently omitted from the publication. This will be included in the next edition,” said Ms Lysaght, who thanked all their sponsors, sellers, and readers of An Ceapach Mhor.