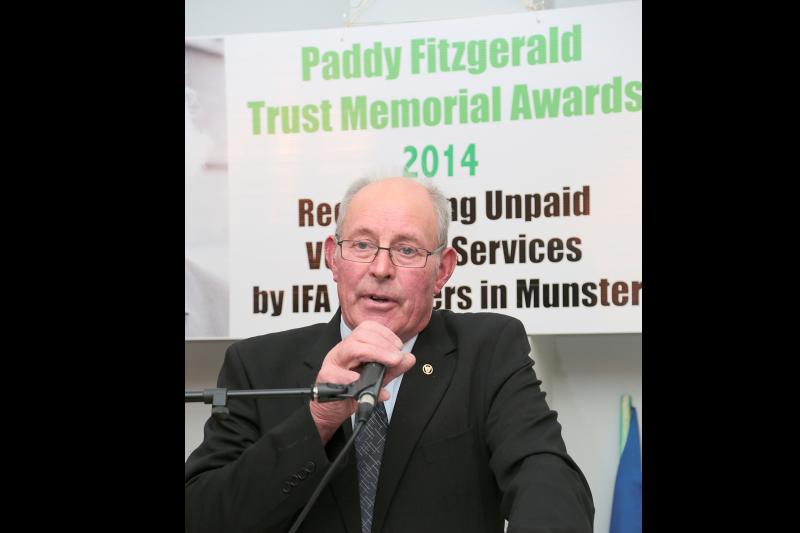 SUNDAY was the hottest day of the year but June 13, 2021, will go down as a dark day in the history of the parish of Cappamore.

The word legend is thrown around too easily but Paddy Ryan ‘Luke’ of Cappanuke, Cappamore, was a legend. He passed away peacefully in Milford Care Centre on Sunday morning.

Cappamore and east Limerick is in mourning but so too are so many, many people from Donegal to West Cork. Paddy will go down in history as the longest ever secretary of any show in Ireland and probably the world. He was secretary for 60 of the 65 Cappamore Shows. Foot and Mouth disease and Covid robbed him of two more.

Cathaoirleach of Cappamore-Kilmallock Municipal District, John Egan said Paddy "put his heart and soul into Cappamore Show and into Cappamore".

They first met in Macra almost 50 years ago.

"He was a leader for his community and defended rural Ireland to the hilt. He was involved in any developments in Cappamore. He started off in Macra, then got the show going and that led to the development of the hall.

"Up to recently he was very much involved in the houses for the elderly in the old creamery which is supposed to start this year. He leaves an outstanding legacy to the people of Cappamore and surrounding districts. He worked unselfishly for the show and he worked very much for his community,” said Cllr Egan.

The Murroe man said Paddy had his priorities in life right.

There was an inherent decency and kindness to Paddy. He had a big heart. On the evening of the death of this reporter’s mother on May 10, Paddy rang me.

I knew he wasn’t well and was in hospital yet Paddy always put others before himself. We had a lovely chat for 10 minutes, one that I won’t forget. Thank you Paddy.

I always thought that the former Limerick IFA chairman, Eamon English, put it very well when he said: "If you had to pay Paddy Ryan ‘Luke’ for what he has done for Cappamore you would forever be in debt to him."

Mr English was speaking on the occasion of Paddy being honoured with the prestigious Paddy Fitzgerald Memorial Award in 2014.

When I interviewed Paddy in the days afterwards he told me: "I regard community as an extension of the family. You are doing it for your own kith and kin."

In normal times that "extension of the family" would have made it one of the biggest funerals in living memory in east Limerick. This tribute barely scratches the surface of all that he was and all that he accomplished.

Paddy Ryan 'Luke' was some man for one man.

Departing from his home in Cappanuke on Tuesday at 10.45am to arrive at St Michael’s Church, Cappamore for Requiem Mass at 11.30am. Burial afterwards in Ballinure Cemetery travelling via Cappanuke and the monument in Murroe.