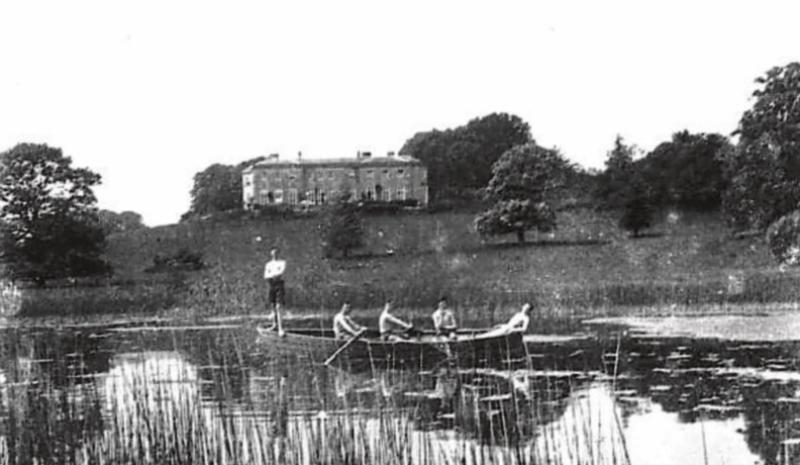 THE grounds of Curragh Chase have become familiar and well-loved territory to countless Limerick families over the decades since it became a forest park and open to the public.

But one question which immediately stirs the curiosity of virtually all-comers on seeing the big roofless ruin with its commanding views over the lake, is: What happened here?

For 300 hundred years, Curragh Chase had been the home of the de Vere family, a family with an eventful history and a cast of unusual characters.

The original Joan Vere, whose son was granted the estate, had an ancestor who was an executor of the Magna Carta while another was a courtier in the time of Elizabeth I.

Then there was a Brigadier General who fought on the loyalist side in the American War of Independence. A new-minted Baronet, who had no handle on money, spent time in a debtor’s prison but later bought Lundy Island off the coast of Devon where no taxes or tithes applied and which had its own constitution.

And of course, there was Aubrey de Vere, poet and friend of Alfred Lord Tennyson who stayed at Curragh Chase for several weeks.

But then, having survived wars, famine, uprisings, makeovers, and the threat of being set on fire by the IRA, came the fire of December 21, 1941. The Limerick Leader reported the incident in dramatic terms. “Rivulets of flames...aided by a a strong wind quickly shot up… tongues of fire were soon licking at the roof and smoke was billowing through the windows, the whole conflagration throwing a blood-red glare across the night sky.”

“The roof, alight from end to end, collapsed with a rending of timbers amidst showers of sparks and falling debris.”

Among the treasures lost, the paper reported, was a massive statue of Moses, said to be one of just two in the world. But according to the Leader, “The steward Mr Quin and his son, and Mr Parkinson, Mr Peppard and the other members of the staff did splendid work in saving art treasures and preventing the spread of flames.”

Joan Wynne Jones, daughter of Mrs Isabel de Vere, later wrote a memoir about Curragh Chase in which she said that, because there was no telephone nearby, by the time the fire brigade arrived, the roof was practically falling in. An inadequate water supply was also part of the trouble, she noted. “It was really a chapter of disasters,” she wrote in The Abiding Enchantment of Curragh Chase.

“I think I have already mentioned that it was held by some that there was a curse on the house, for what reason, I do not know and someone seeing the house finally disintegrating, remarked: “Now, the curse is gone.”

In a later memoir, Joan Wynne Jones wrote that “the lady whom some visitors claimed to have seen in the Green Room was seen gliding beside the lake, ousted at last from her place of haunting.”

The fire marked a turning point. In the following years, Mrs de Vere continued living in a cottage on the estate but In 1957 the estate was sold to the State. Coillte took over in 1982 when it opened as a Forest Park.

A booklet, written by Pat Fitzgerald, an engineer with Limerick City and County Council, gives a concise history of Curragh Chase and can be bought at The De Vere Cafe at Curragh Chase for €5.