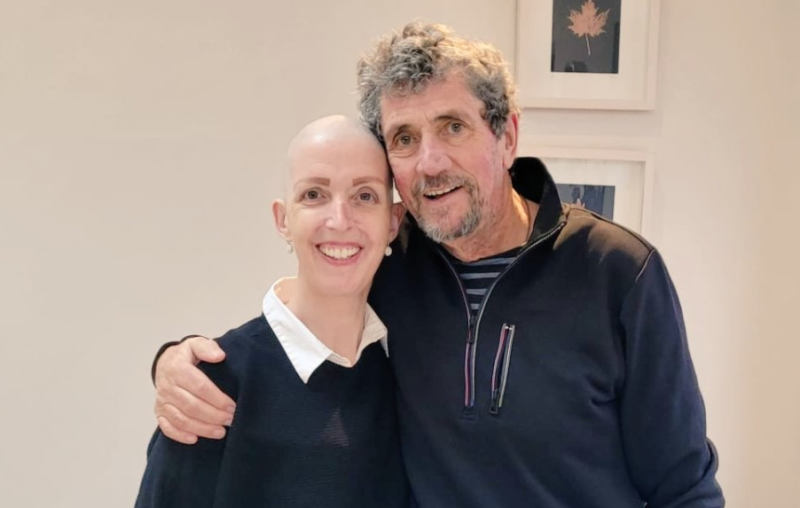 Vicky reached out to Charlie after he spoke on the RTÉ show about his motor neurone disease (MND) diagnosis.

Mr Bird told host Ryan Tubridy that he was struggling to come to terms with his diagnosis.

Vicky also spoke openly on the Late Late show recently about her decision to cease chemotherapy and begin palliative care.

She praised Charlie's openness on the show and said she was looking forward to meeting him and his wife this week.

The tea & scones* have been had. The conversation flowed. We laughed. We cried. We hugged (apologies in advance to the Covid brigade!) We made plans to meet again ❤

I have also been roped in to climb Croagh Patrick with Charlie & Claire and the whole of Ireland, it appears pic.twitter.com/O9rENqFhnx

She tweeted: "What can I say except Bravo Charlie... You were so vulnerable sharing so openly the terror of living with a disease that you know is going to take everything from you - your voice, your swallow, your mobility...yet your love of life, family and friends shone through.

"I have no doubt that you brought comfort to so many and I really hope that you get comfort from all the love and support that is being sent your way from all over Ireland".

Vicky met with Charlie and his wife Claire in Limerick today with the campaigner saying she was looking forward to meeting him again.

The 47 year old mother-of-two spoke last month about the difficult decision she made to stop chemotherapy treatment so she could make the time she has left with her children as enjoyable and memorable as possible.

The Kilkenny native has lived between Annacotty and Doonbeg in recent years and is mother to 16-year-old Amelia and 10-year-old Darragh.

She told Ryan Tubridy that she "did not want to die" and that just a few weeks ago she did not think she would see Christmas.

She said: "I am a young woman and I have young children and that's what's made me fight for more time with them and I'm glad I've got the last four years, but you still want more, but I don't ever think too far ahead.

"That’s how real this is for me at this stage. I spoke to my oncologist when I made the decision not to have any more chemotherapy. I think he was hoping I’d have a few more sessions.