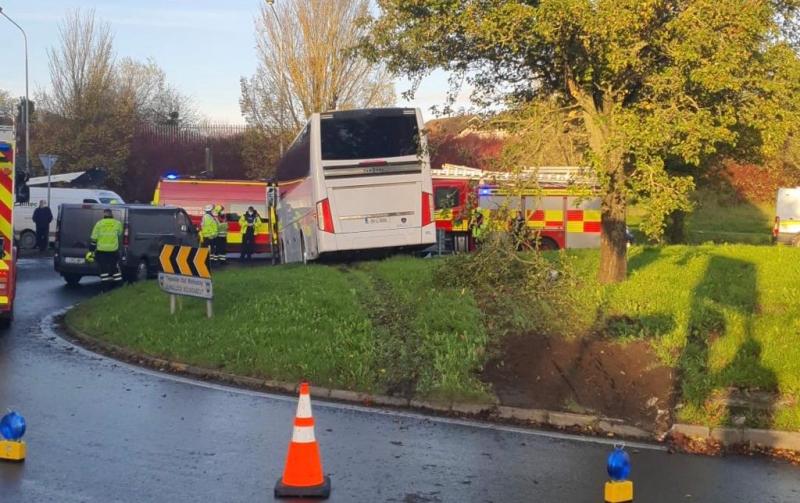 THE emergency services attended an incident in Limerick this morning which saw a bus go off the road.

Four units of the Limerick Fire and Rescue service were at the Kilmallock Road roundabout just after 9am after being alerted to the episode by the ambulance service.

It's understood the bus driver lost control of the vehicle and it entered the grassland in the centre of the roundabout.

The fire appliances were dispatched at 9.05am this morning, and were back at base approximately one hour later.

A tow truck arrived for the bus at 9.55am, with the gardai on the scene a short time earlier.

There were reports of one person, the driver, in the coach. No other passengers were present in the vehicle.

It's been reported a paramedic who happened to be passing by remained on the scene until ambulance drivers arrived.