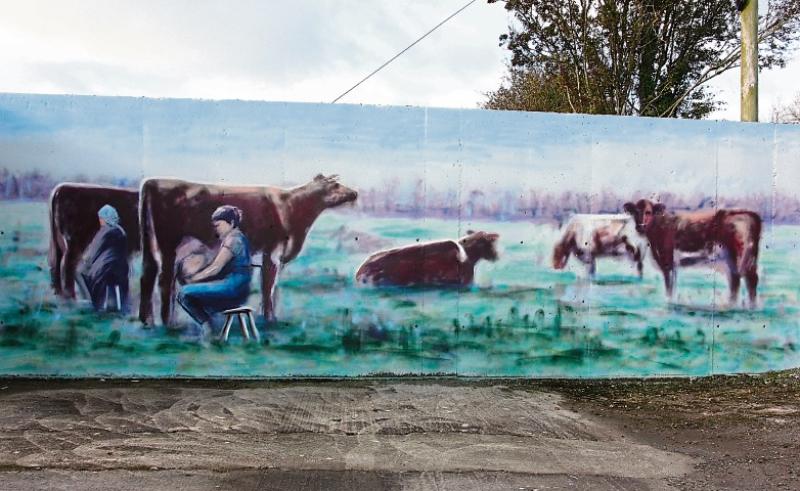 The Granagh murals were painted by Louise and Ester Barrett, two highly accomplished artists from the parish

THE past and the future have been linked, in art, in the small rural community of Granagh.

There, a three-in-one mural now stands as a memorial to those who began, ran and supported the parish’s group water scheme over 60 years and as a reminder of the way things were at a time when the parish is embarking on a new future as part of the wider West Limerick Group Water Scheme.

The three scenes, painted by accomplished artists, Louise and Ester Barrett, depict rural scenes from the 1960s when the first water scheme got underway in Granagh.

Tom Noonan, a long-time secretary of the Granagh scheme, recalled that the meeting to discuss the scheme took place in 1963, on the day US President John F Kennedy was shot dead.

About 100 households joined the inaugural scheme, he said.

“It was fantastic,” he continued, and came as a huge boon to households. Run by volunteers, who read the meters, did the administration work, carried out repairs and checked the water quality, the scheme was extended over the years and provided water to about 170 households before the amalgamation with Killeedy, Croagh and Cappagh last year to become the West Limerick Group Water Scheme. 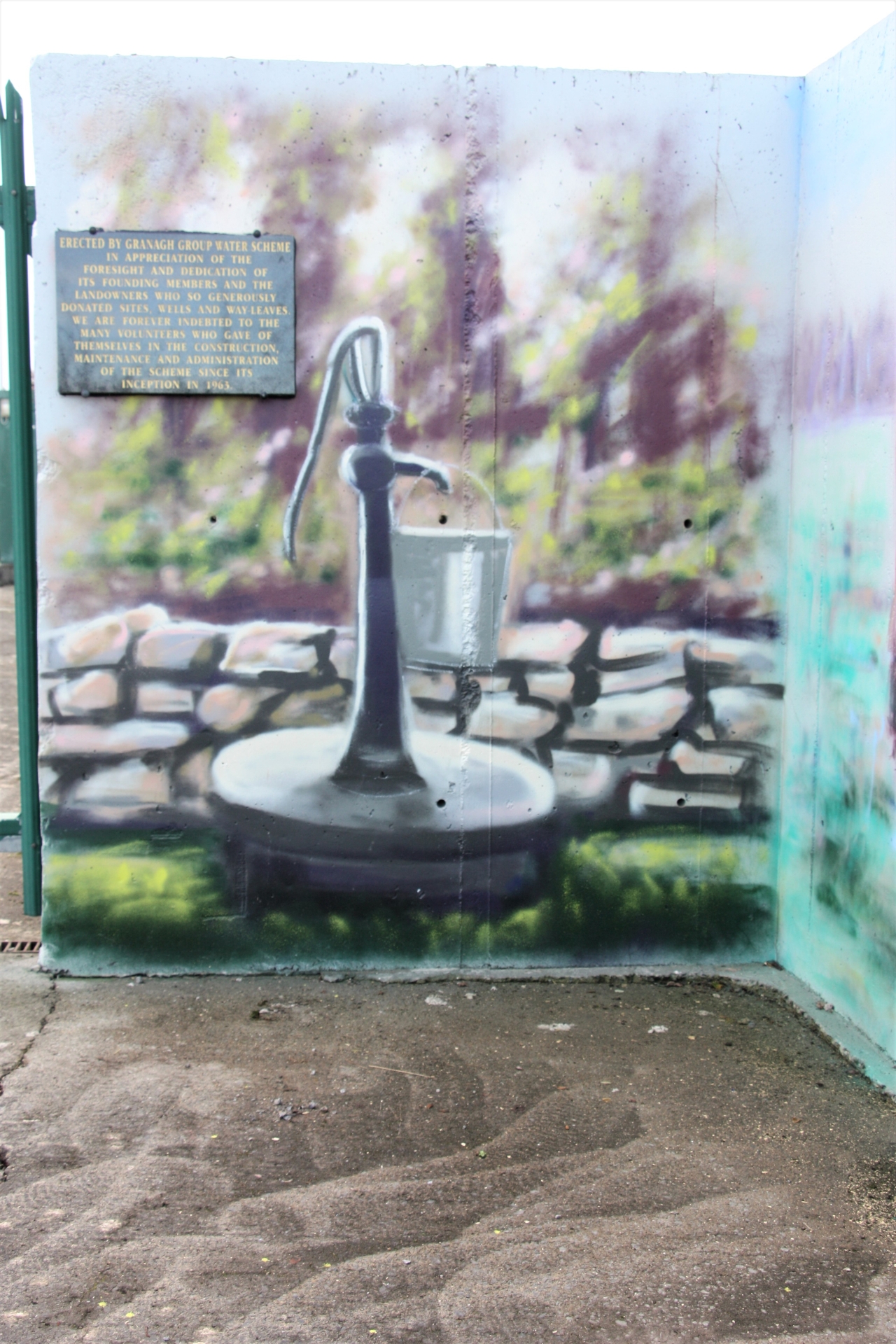 “It had gone very technical,” said Tom. Courses had to be completed on health and safety, and road traffic management. Road opening licences had to be obtained, water quality was required to be tested and recorded weekly and insurance cover had become a major issue.

The new, amalgamated scheme now has a full-time manager in Eddie Sheehan and over the past 20 months or so, he has brought major improvements to Granagh, replacing old lines to the reservoir at a cost of over €100,000, installing motorised valves and chlorine monitoring units. All the data is now online, with every meter having its own barcode.

But as a parting gift to the parish, the former Granagh officers, chairman Mike O’Regan, treasurer John Sheehy and secretary Tom Noonan commissioned the Barrett sisters to paint a mural and they are mightily pleased with the result.

“That was the way things were then,” said Tom. “We had the old hand pipe for water, we had the horse and car or the donkey and car for going to the creamery and people went to the creamery every day.” 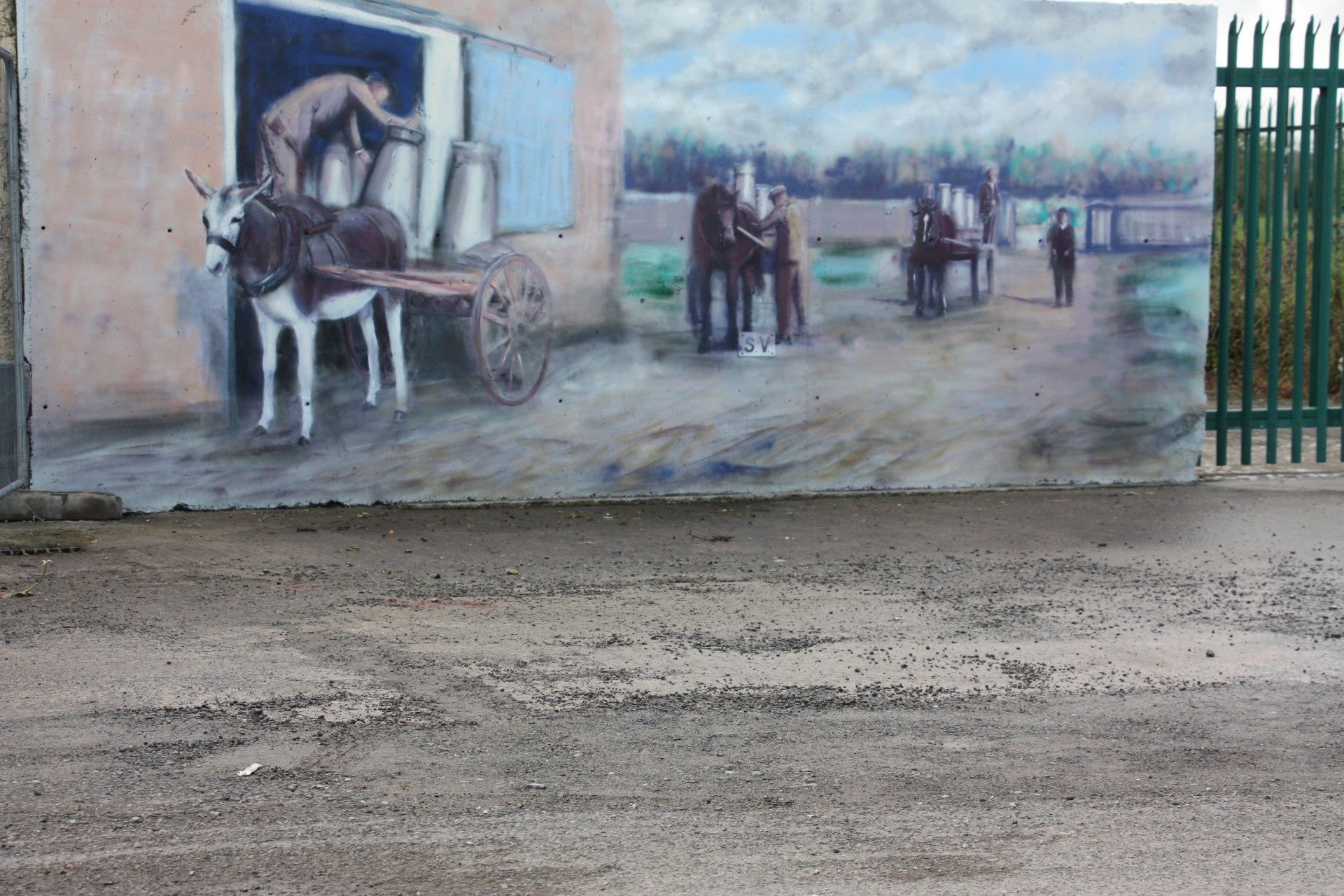 Fittingly, the murals are located adjacent to the old creamery and a plaque pays tribute to the work of those involved in the Granagh scheme.