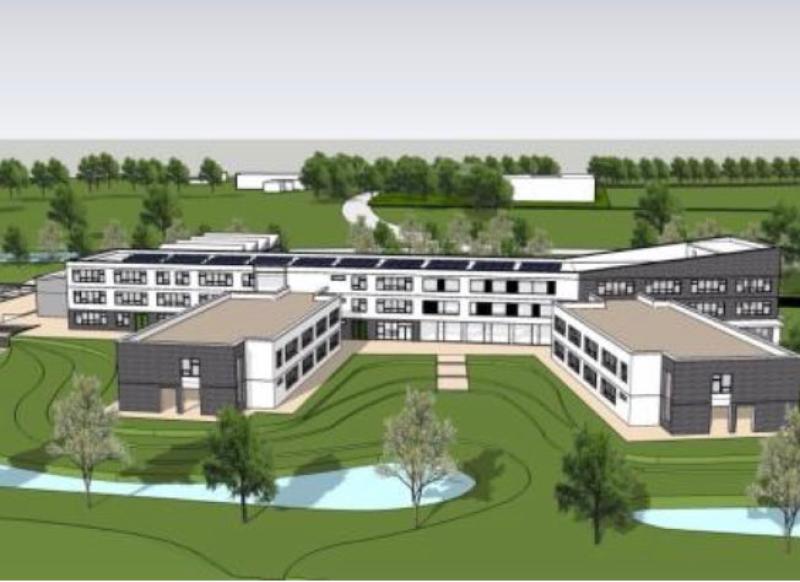 MUNGRET Community College have been given approval to proceed to tender for a new 1000 pupil school.

Planning permission was applied for last year by the Limerick and Clare Education and Training Board for the 10 acre site at Dromdarrig, Mungret.

The new school will be over three storeys and include two Special Education Needs (SEN) classrooms, a rooftop plant room and photovoltaic panels.

The building will also include teaching and social spaces, a multi purpose hall, SEN Unit and an ESB substation.

Chairperson of the Board of Management at the College Mayor of Limerick Daniel Butler said the news was a positive development for the school.

Welcome news today the approval to proceed to tender ⁦for a new school for ⁦1000 students at Mungret Community College. Congratulations to ⁦@mungretcc⁩ and Mayor ⁦@DanielButlerFG⁩ and best wishes for the future. pic.twitter.com/IS4NPVlRo7

"We are continuing to move forward with the project. I see this as part of the next step for us to be able to deliver the school.

"It is hugely positive but I think the news that the general public are looking for is when are we going to break ground and we are working hard to make that as soon as possible."

When plans were first announced for the school last year it was hoped that pupils would start classes there in September 2022.

However ground has yet to be broken on the site which will house the 11,379 square metres building.

The school will be accessed through a new roadway with shared cycle lane and footpath.

Along with the new school building there will be 90 car park spaces, a set down area, covered bicycle stand, six ball courts, a playing field, landscaping and new boundary treatments.

Willie O'Dea TD also welcomed the announcement by the Minister for Education on the approved plans. 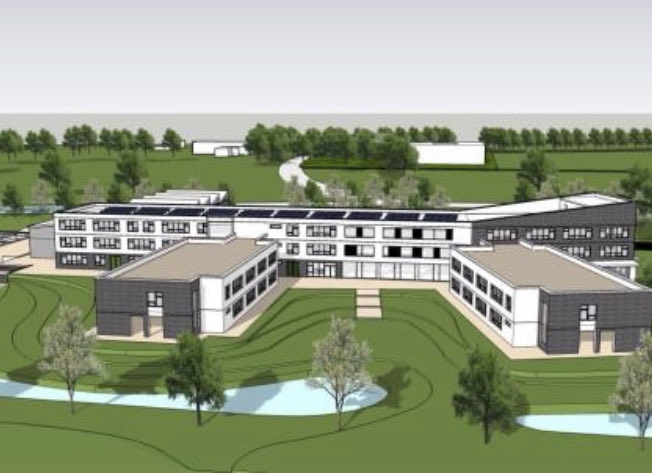 "It is a very exciting development for Mungret Community College, which has made huge progress under Principal Liam O'Mahoney, in the short few years since the schools' foundation."

There are currently 490 students enrolled at the school however with the new building they are hoping to increase that to 1000.

They are also hoping to increase the staff and ancillary staff numbers from 40 to 60 when the new school building opens.

In April it was announced that a work on a new link road in the area would start in September of this year however this has not started yet.

The multi-million euro link from Mungret to the Patrickswell Road and Mungret gate junction will begin at the Mungret side.

The road and school is part of big plans for the area including new sport pitches, hundreds of new houses and community facilities.