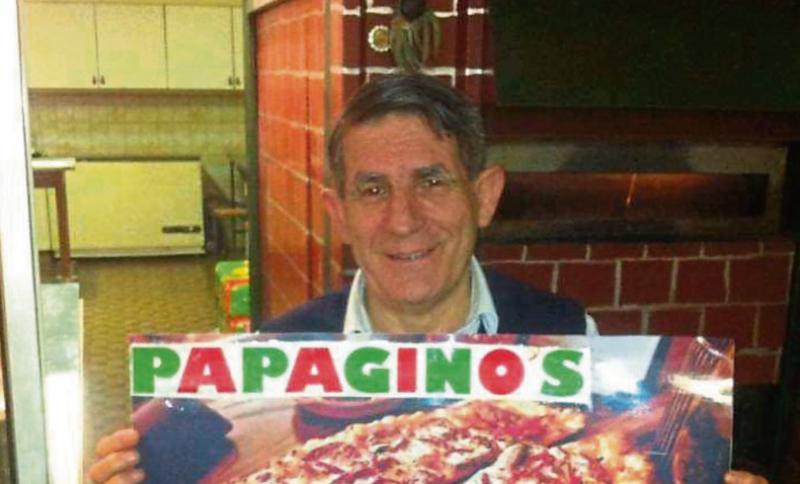 Salute, Papa Gino! After a chance arrival in Limerick in 1967, Gino Rocco met the love of his life, Marie, and never left

PAPA Gino may have retired from the restaurant business but he is still working hard in the kitchen.

Papa Gino (Gino Rocca) made his last pizza in the family run business on Denmark Street in September. It was the first pizzeria in Limerick, opening in 1988

However, the 73-year-old is busier than ever making his own special pepper due to demand. It is a recipe passed down from his grandmother that Gino sprinkled on his pizza.

Daughter, Raquel said people are “obsessed with it!”. In just 24 hours he had more than 320 jars ordered. But while you can still get the pepper, there is no more pizza sadly. What set his apart?

“I met two of my customers today, one of them was a priest and he said, ‘We'll never have a pizza like yours’. My pizza was so special because they had two things that other pizzas don’t have – one is the base, light and crispy and never flop in your hand. Two is the ingredients you put on top of it, they have a different taste and always fresh. Customers have been coming back to me since the day I opened. We’ve had grandchildren of our original customers coming back,” said Gino.

Born in Italy in 1949, he concedes that growing up he had never heard of Ireland, let alone Limerick but fate and love intervened. After school he travelled to London to study English.

“I got a part-time job serving in a fish and chip shop in London while I was studying. Immigration in the UK told me I couldn’t stay because my student visa expired. It was a common thing for people in that situation to fly from the UK to Shannon and then re-enter the UK,” said Gino, who can even remember the date he arrived in Shannon – November 11, 1967.

He got a temporary job in Roma takeaway on Roches Street where he met a young woman called Marie who worked in a bakery. Gino must have cut quite a dash as a tanned, handsome chap amid the pallid natives. They wed the following year and celebrated 52 years of marriage this year.

They opened a fish and chip shop in the Fairgreen in Garryowen as well as in Newcastle West. Gino also opened an arcade and betting office and rented televisions and video tapes.

“I have done everything that could possibly be done,” said Gino. He also ran Arrivederci in O’Connell Street before concentrating on Papa Gino’s from 1988.

Ireland qualifying for the World Cup in Italy in 1990 was a big boon as people flocked to his pizzeria. Papa, Marie, and children Raquel, Shirley and Gino wish to thank Limerick from “the bottom of all our hearts”. Salute, Papa!