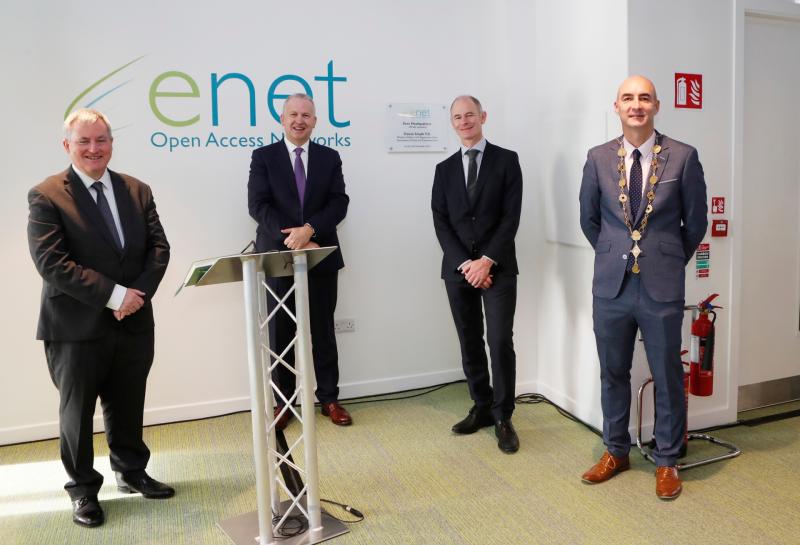 The Enet team moved to the new office space in the National Technology Park, Plassey, in March 2020, just before Covid struck, so an official opening ceremony to mark the occasion couldn’t take place until now.

The new standalone 14,000 sq ft facility in the National Technology Park includes a state-of-the-art Network Operations Centre (NOC) that operates on a 24/7 basis all year round, as well as a dedicated data centre.

The NOC manages over 5,400 Km of fibre infrastructure nationwide, 90+ co-locations and the largest licensed wireless network in the state outside of mobile operators.

Enet is a significant employer in the Mid-West having had its headquarters based in Limerick since the company was founded in 2004. It currently has a workforce of over 130 employees. Enet is currently hiring in a range of areas including Pre-Sales, Engineering, Service Delivery and Network Operations. 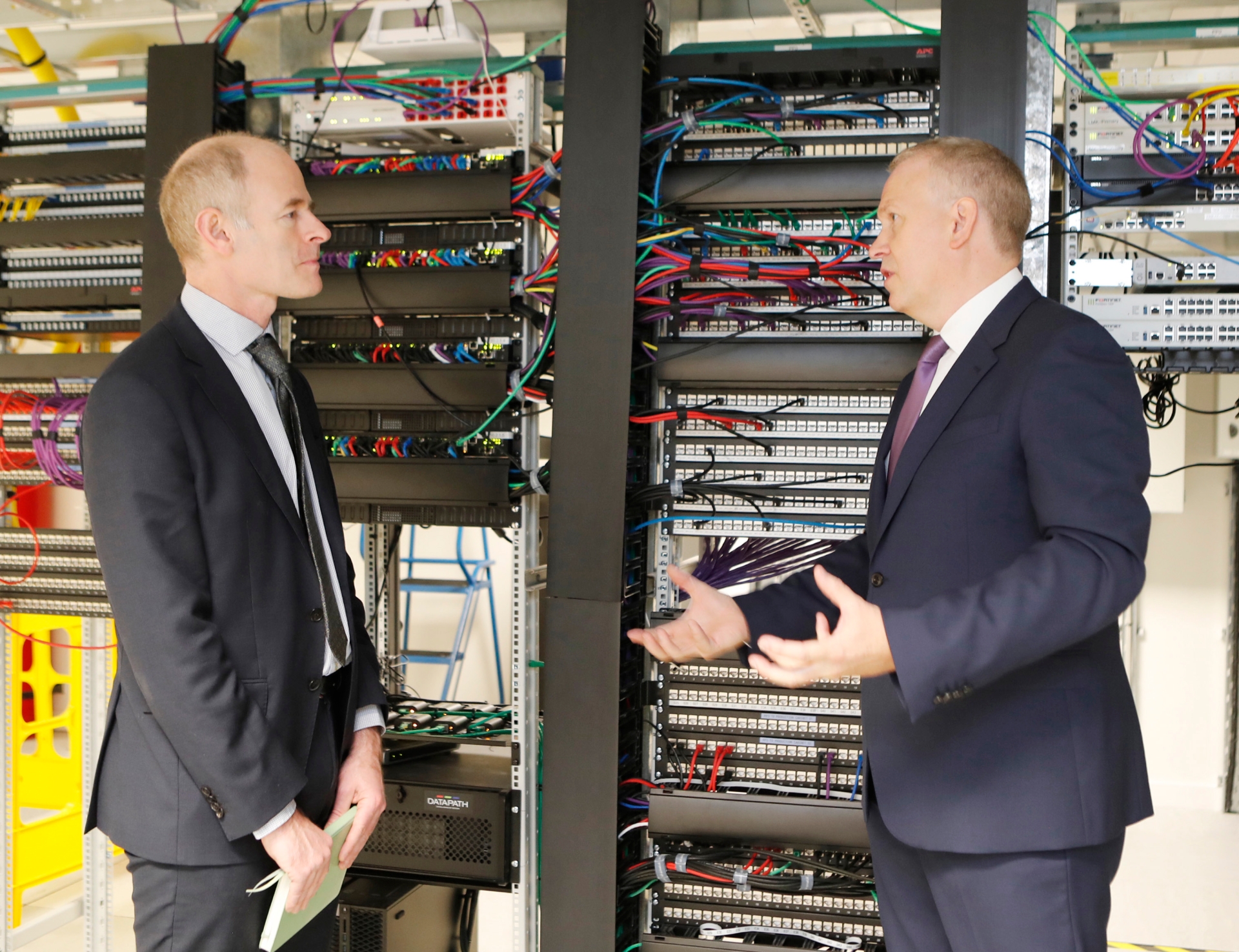 Ossian Smyth, Minister of State at the Department of the Environment, Climate and Communications who officially opened the new headquarters facility in Limerick for Enet this Tuesday said: “The availability of high-speed broadband services is critical to attracting and maintaining employment and investment in the regions.

“Enet through its successful management of the State's Metropolitan Area Network Infrastructure continues to play a key role in enabling the provision of broadband services in towns and cities throughout Ireland and will assist in the delivery of the State's ambitious National Broadband Plan. I wish Enet and all its staff continued success.”

Peter McCarthy, Enet Group CEO, said: “This is an extremely important milestone – and proud day - for our business. While our new headquarters has been operational for the past 18 months, we always wanted to ensure we marked the occasion with an official opening event when the time was right. So, naturally, we’re really delighted that Minister Smyth is able to join us today to do just that.”

Limerick TD and minister has gone to gardai over ‘threats’