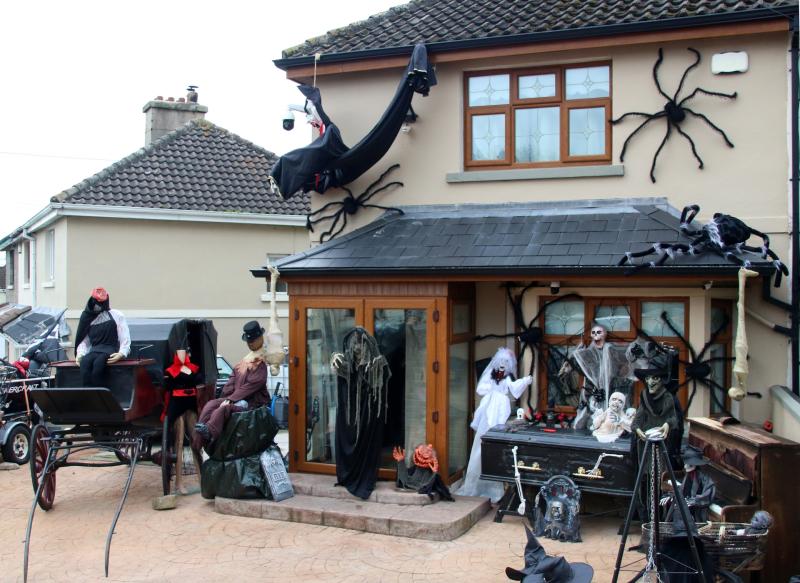 A HOUSE of horrors in Limerick city is scaring the life out of hundreds of onlookers each night. But it's all for a good cause -to raise vital funds for a children’s hospital.
Featuring Freddy Krueger, Dracula, the Headless Horseman, a real coffin and dozens of death crazed dolls, 15 McDonagh Ave in Janesboro is gaining popularity throughout the community for its iconic display of death and horror.
Alan Mulcahy and Pamela Whelan, along with their three children, AJ, Coy and Amy have been collecting special Halloween decorations from up and down the country for the last three years, with people coming from all over the county and city to enjoy the display.
“Last year, so many people came to us and asked if we were donating to anything. Our son AJ was sick as a baby. He had pleural sclerosis and was up in Crumlin Hospital,” Pamela stated. 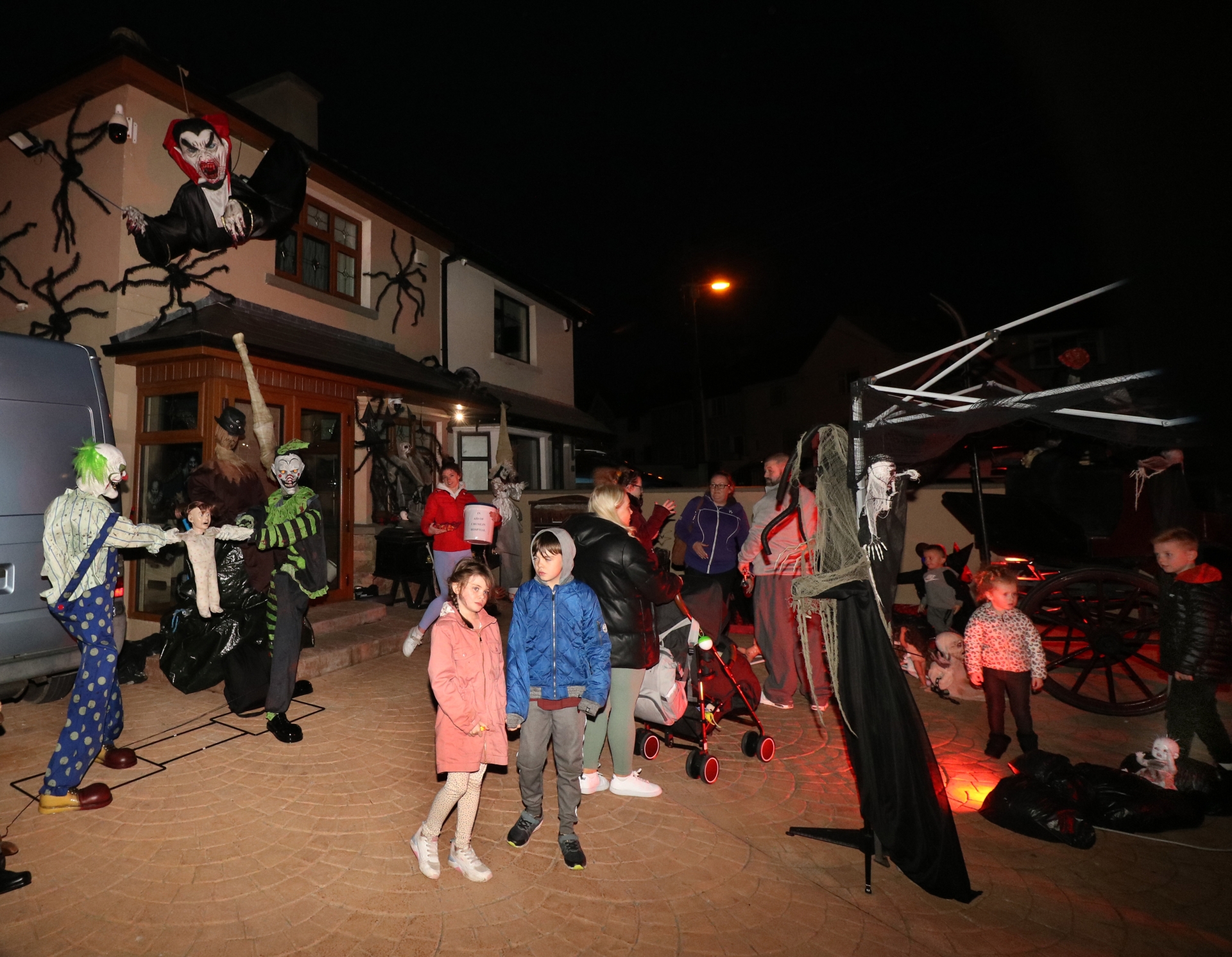 Alan added that “the doctor told us he was the first child in the history of the hospital to get the operation done twice. When you come out of there, you count your blessings. It’s a brilliant hospital, we are so thankful for them and are delighted to be raising funds for other children in need.”
Each year, it takes Alan four days to set up the display which also includes three smoke machines, multi-coloured strobe lights that project images onto the house and moving decorations that jump out at trick-or-treaters.
The scariest aspect, people find, is the real coffin that rests at the front of the home. Alan collected this from a woman in Portarlington.
His travels take him far and wide to add to the spooky spectacle, including an authentic Freddy Krueger claw that he acquired from America at an auction. “We call Pamela Inspector Clouseau, she can track anything down and then adds her own touch to it. She spends a lot of time online, looking on all the marketplaces for new items to add.”
Visitors are welcome to experience the fright of their life in Janesboro this weekend. Alan and Pamela are expecting hundreds of callers from all over the city and county, like previous years.
“This place will be unbelievable at night. We will have everything up and running this weekend and will be collecting money for such an important place. We are looking forward to seeing everyone,” Alan said. 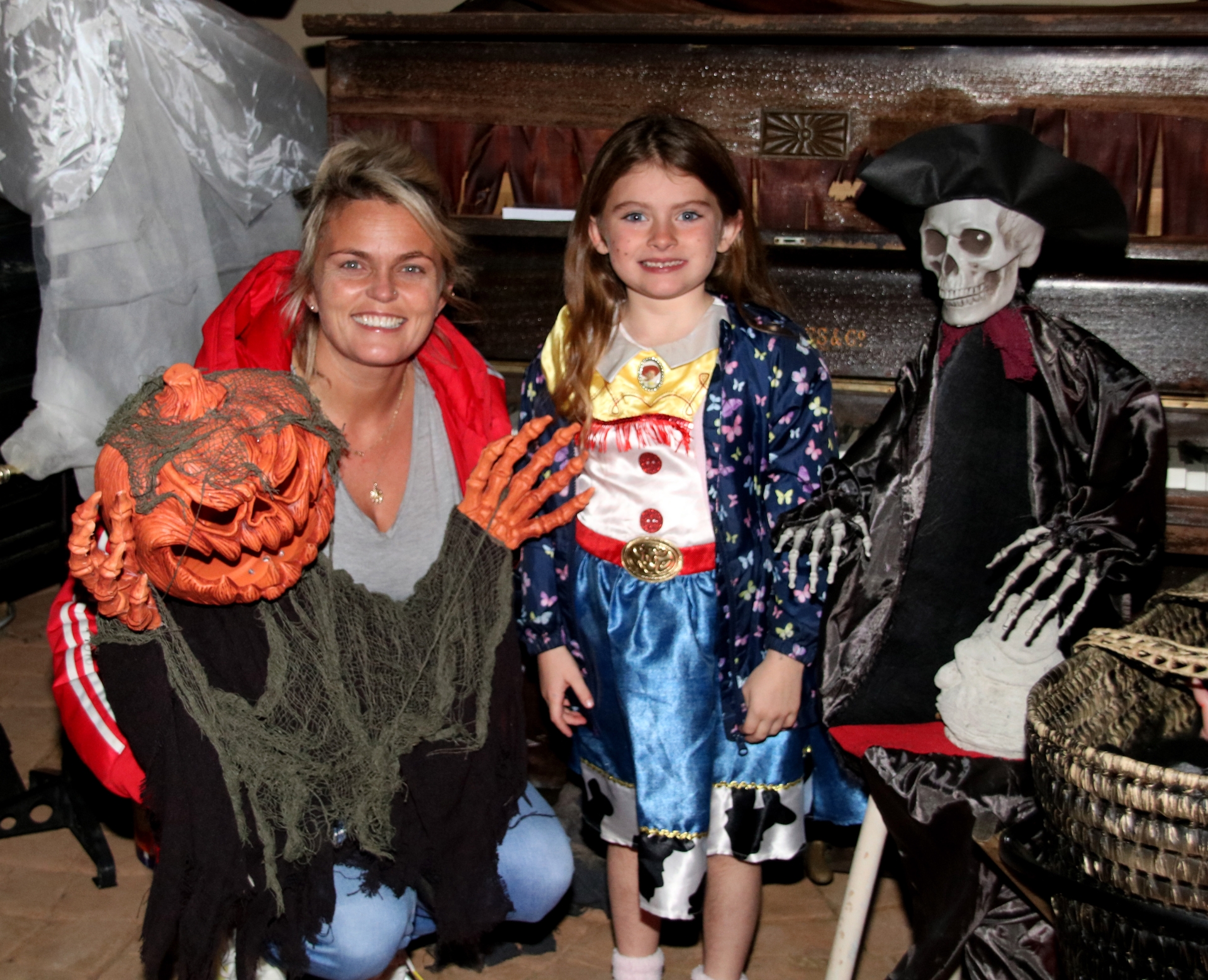