Limerick Person of the Month: Olympians are the pride of Shannonside 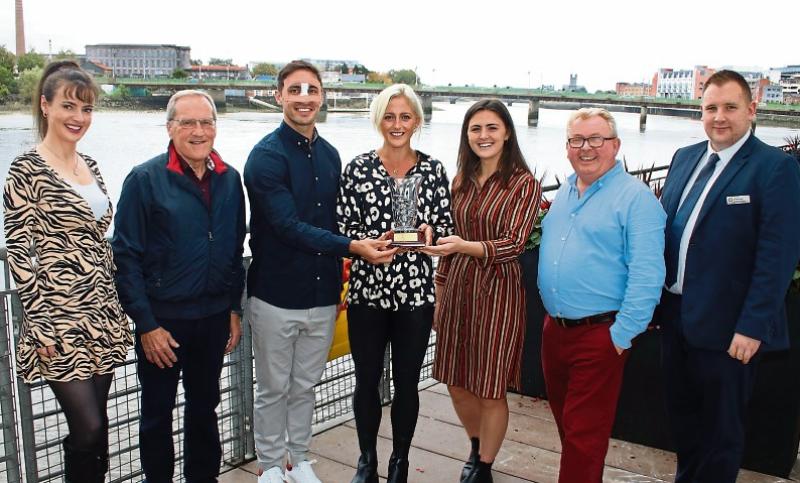 The four Limerick-born Olympians have been presented with the latest Limerick Person of the Month Award | PICTURES: Adrian Butler

THE four Limerick-born competitors who represented the Treaty City and county at the Olympic Games in Tokyo have been named the Limerick Persons of the Month.

The Limerick athletes who were selected to represent Team Ireland at the Olympics - which took place between July 23 and August 8 last -  included Sarah Lavin, Lisnagry, who  competed in the women’s 100m hurdles; Greg O’Shea, Corbally, who competed as a member of the Ireland Rugby 7s team; Róisín Upton, Raheen, who was selected on the Irish women’s hockey team, and Carolyn Hayes, Newcastle West, who competed in the individual women’s triathlon event.

Sarah, Greg, and Róisín were present in the Clayton Hotel for the award presentation while Carolyn - who was on duty in Cork University Hospital where she is an anaesthesiology trainee  - was represented by her proud father Tony. 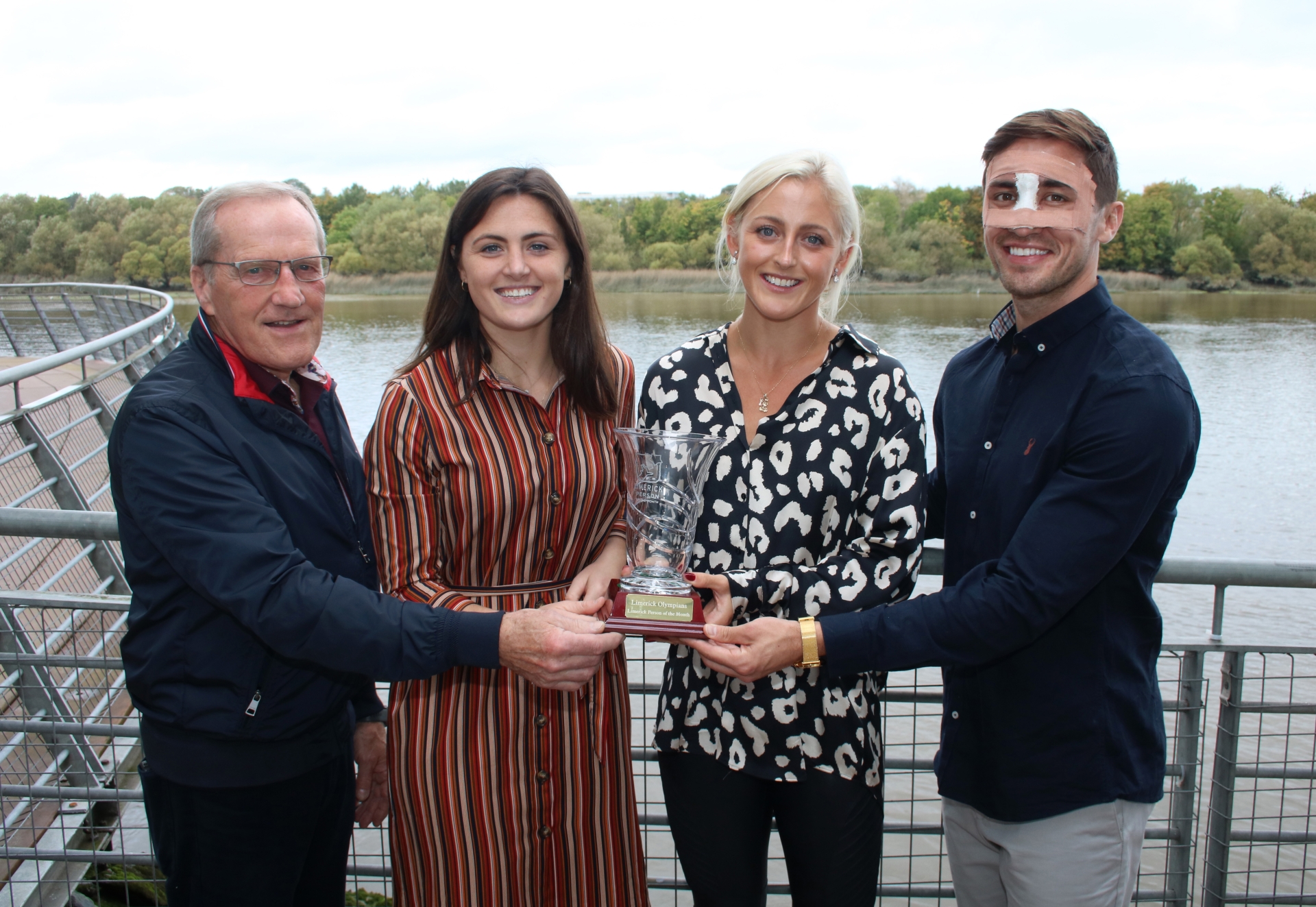 Joining his family around the television to watch his daughter compete in the Olympics, Tony said, “Was like getting ready for a Christmas celebration”.

“There was family, grandkids, some food and a few drinks - it was great. You’re buzzing on the night,” he smiled.

Did he ever think he’d have a daughter competing in the Olympics?

“No, not until maybe a year ago when it began to come together - she worked very hard for it,” said Tony, who is originally from Rathkeale and is married to Marie.

“She enjoyed the whole experience - there were lots of ups and downs but overall it was great.”

Echoing Tony’s sentiments, Greg O’Shea said “there were two sides to the Olympics”.

“Obviously it was amazing to get to the Olympics - who gets to say they are an Olympian?” remarked the 26-year-old.  “I’ve such a sense of achievement and a sense of happiness for that. But then it was really restrictive in terms of events, like I couldn’t go and watch Róisín play hockey or see Sarah do the hurdles - it would have been great to cheer them on but I absolutely loved it still.”

Greg, who was a member of the Munster Academy, impressed for the Ireland 7s teams in a number of top-level international events over several seasons. Unfortunately, the side didn't manage to get past the group stages of the Olympic Games 7s event in Japan.

“We didn’t compete as best we could have but we still came 10th in the world which is amazing for the country,” said Greg, who is living in Dublin at the moment.

Greg announced his decision to hang up his rugby boots last month.

“There’s been a lot more freedom. I was just speaking to Sarah (Lavin) - it’s weird because I had been on such a strict schedule for the last, I don’t know how many years, but now I’m my own man doing my own thing. It’s crazy. It’s lovely to have the freedom. It’s also exciting in terms of what the future holds.”

The Corbally man is eyeing up a career in media and broadcasting. “I might try the UK for a while but I think when it comes down to it, I’ll end up settling in Ireland. I just love Ireland - I love the people. I’m just really comfortable here. Ireland’s home for me”.

Róisín Upton also reflected on the mixed feelings associated with the summer Olympics which, of course, took place against the backdrop of the global pandemic.

“We were absolutely thrilled to get there but, in retrospect, you do look back and wonder how much better it could have been if fans were there and if families were there and if the stadiums were packed,” said the 27-year-old hockey star. 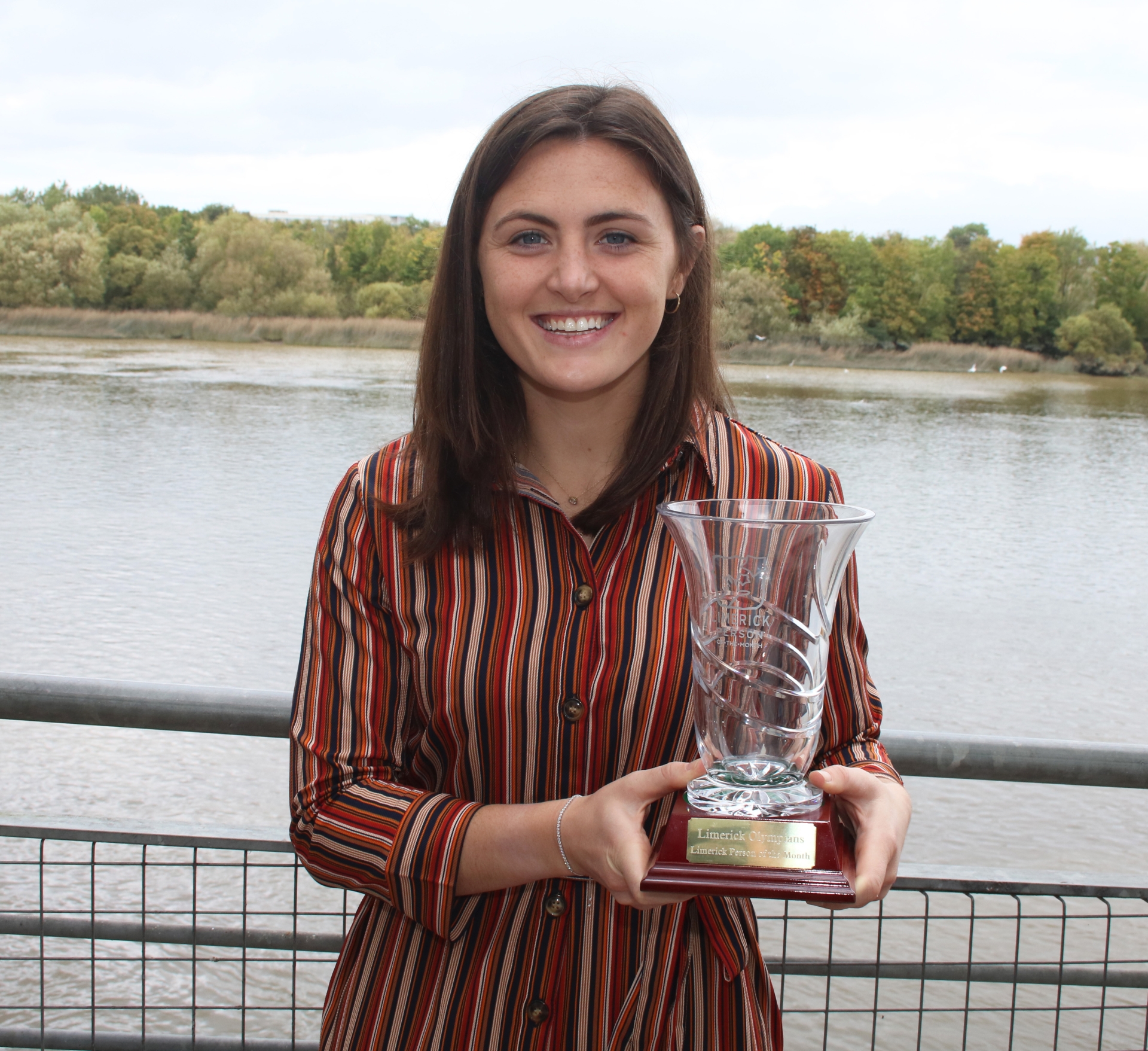 “From a performance point of view, we didn’t achieve our goal -we were hoping to get to a quarter-final so that was a bit disappointing but hopefully we will build on it now and stay consistent and continue qualifying for the major events.

“We had a nice couple of weeks off - about four or five weeks off and about 11 or 12 of us went  away to Spain for four or five days so it was really nice to wrap up the Olympics cycle. We are back training about four weeks now because we have a World Cup qualifier in Italy (this week).”

Sarah Lavin, meanwhile, spoke of being “overwhelmed” by the response of the people of Limerick to her achievement in representing Ireland in the Olympics.

“Everyone is just so proud and I’m so proud to be from Limerick. I'm overwhelmed by how much everyone appreciates the hard work that goes into becoming an Olympian. Even my own neighbourhood in Lisnagry were absolutely amazing over the few weeks,” she smiled. 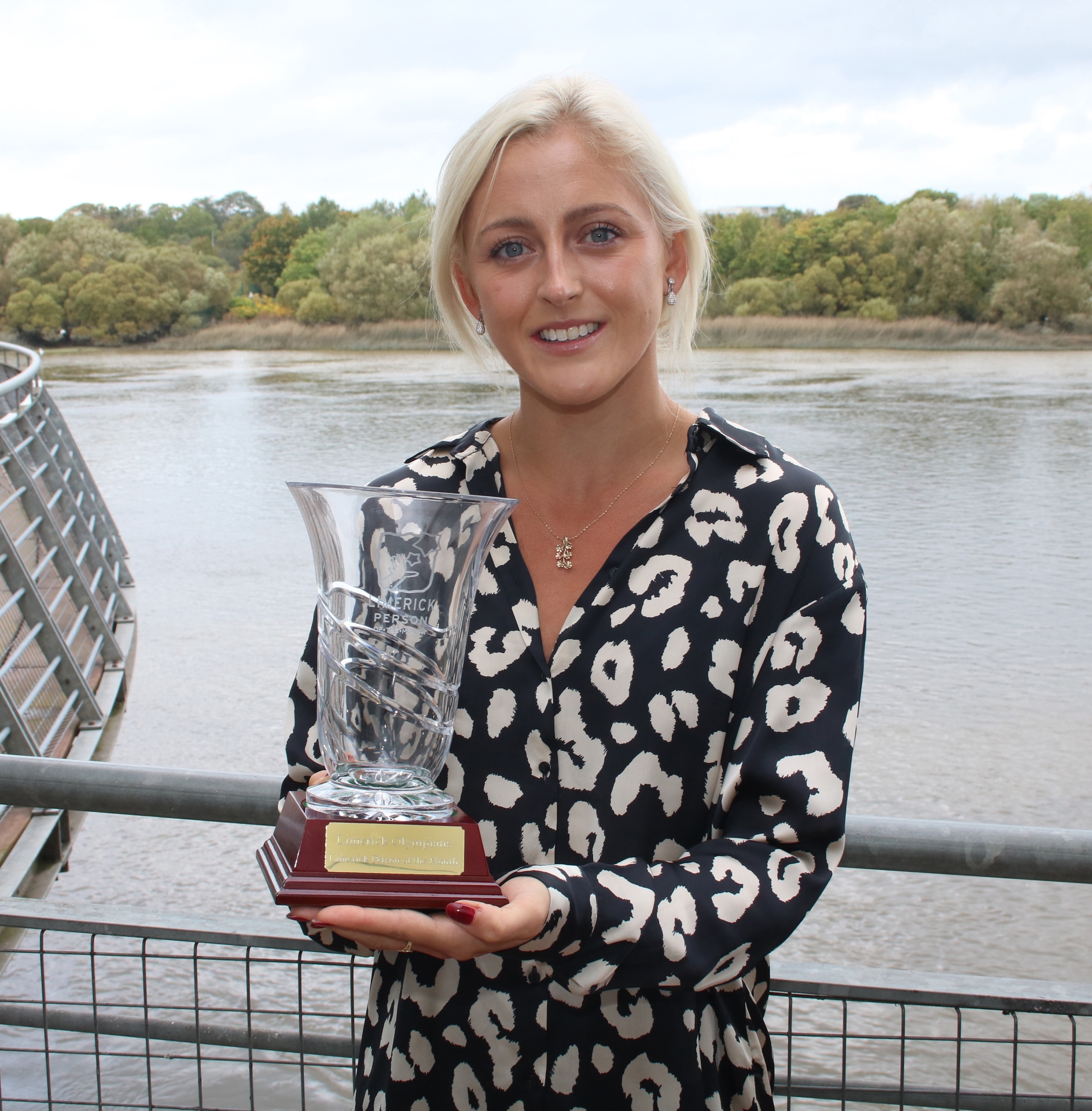 Sarah always felt that competing at an Olympics was within her grasp.

“I never didn’t think it was going to happen. I just want to do better,” said the 27-year-old.

“I’m very grateful to have the season I had and more so the times I was putting out. I think I'm very fortunate that the next Olympics is only three years away so hopefully at 30 you’re in your prime.”

The Limerick Person of the Month award is jointly sponsored by the Limerick Leader, media agency Southern and the Clayton Hotel.