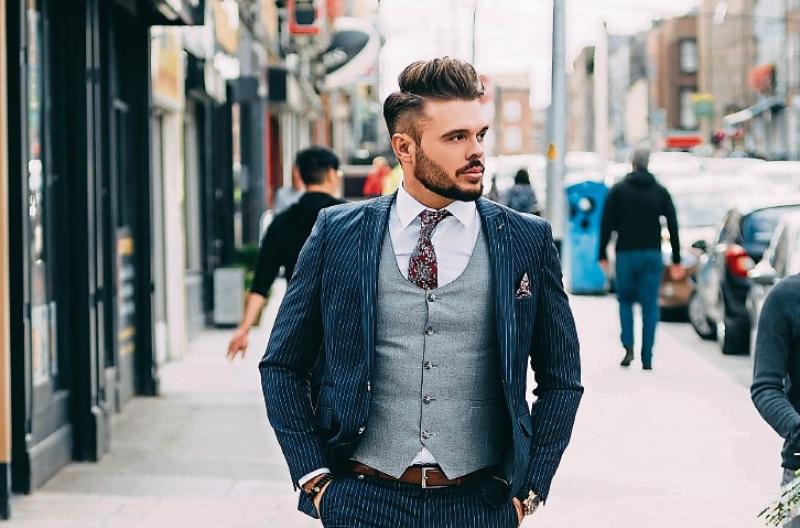 HE had thousands of followers online and was a recognisable face about town, thanks to his good looks and successful modelling career, but for those who knew him best, Patrick McLoughney was “a true gent in every sense of the word”.

The popular influencer who passed away on Tuesday had done much in his short life. He was voted Ireland's Model of the Year in 2017 and Ireland's Most Stylish Man in 2019.

Although a native of Nenagh, Limerick had adopted Patrick. It was here he would carve out a career in fashion, business and media.

He wrote a popular column for the Limerick Leader for several years called Man About Town. He had been a personal shopper for Brown Thomas. He was a male model, a qualified psychotherapist and an actor.

“Patrick was a true gent in every sense of the word. He was such an incredible person - kind, caring, funny and beyond supportive to his friends,” the fashion designer told the Leader.

“He had the best sense of humour and even put on a pair of Spanx at my shows during many of his amazing fashion segments on stage with me.”

Patrick, who had amassed 22,000 followers on Instagram, felt privileged to have a platform where he could reach thousands with his message - be it on fashion, or related to the more serious issue of mental health.

“He took such pride in his own social media page and I will miss his presence not only in person but also online,” Sinead continued. “He managed to find a balance between fashion and important topics and brought them to the table with such honesty, eloquence and professionalism.

“He has left a legacy of style for us all to look back on and his many articles on mental health will always leave their print on many hearts around the country. He put 100% into everything he did, and it showed. I will miss him so much!”

When asked only seven weeks ago what his greatest accomplishment has been so far, Patrick told his good friend Richard Lynch of ILoveLimerick that, as a model, “it would be working for GANT and being featured in their summer magazine”.

In his work away from the spotlight, he said it was “helping a client make a major breakthrough while working as a counsellor in the Irish Wheelchair Association”.

Speaking to the Leader this Thursday, Richard remembered Patrick as “a very loyal, loving gentleman”.

Richard, also a columnist with the Leader, collected every single one of Patrick’s columns for the paper and website.

“I downloaded them every week for him - I have every single one of them in a folder on my desktop because I thought he would need them one day. I was extremely fond of him - we were extremely fond of each other and I’m really going to miss him.”

With his brooding good looks, Patrick had graced many catwalks throughout Ireland as one of the top male models in the country. He worked for model agent Celia Holman Lee on many occasions.

"It is heartbreaking - he was such a young, talented and wonderful male model. Deepest condolences to his family. May he rest in peace,” said Celia.

Limerick Leader editor Donn O’Sullivan described Patrick as a “good-natured and well-respected young man who, whether he realised it or not, had touched the lives of many through his writing and work”.

“Patrick had many interests and accomplished much in his short life. He was also very open and honest about the struggles he faced at times, and through his column he helped other people who may have felt alone. On behalf of all the staff at the Limerick Leader, I send our heartfelt condolences to his family,” said Mr O’Sullivan.

Tribute after tribute has been posted to various social media sites since Wednesday morning when news of Patrick’s untimely passing came to light.

A native of Ballythomas, Ardcroney, Nenagh, Tipperary, Patrick McLoughney is predeceased by his beloved parents Sean and Mary B and his aunt Theresa. He will be sadly missed by his loving family, sister Maureen (O'Meara) and brother Eamonn, aunts Christine, Alice, Maureen, Margaret, Pauline and Geraldine, uncle Jim, nieces Anna and Isabelle, nephews Cathal and Micheal, brother in law Declan, sister in law Helen, extended family, relatives, kind neighbours and his many friends.

Reposing at his home at Ballythomas, Ardcroney (E45PW32), this Friday from 4pm to 7pm. Please adhere to current guidelines regarding handshaking and wearing of face coverings.

His remains will arrive at Ardcroney Church this Saturday for Requiem Mass at 11am. Burial afterwards in Ardcroney New Cemetery. Those who would have liked to have attended but cannot, may view the livestream of the Mass on https://www.facebook.com/cloughjordanparish

May Patrick rest in peace.