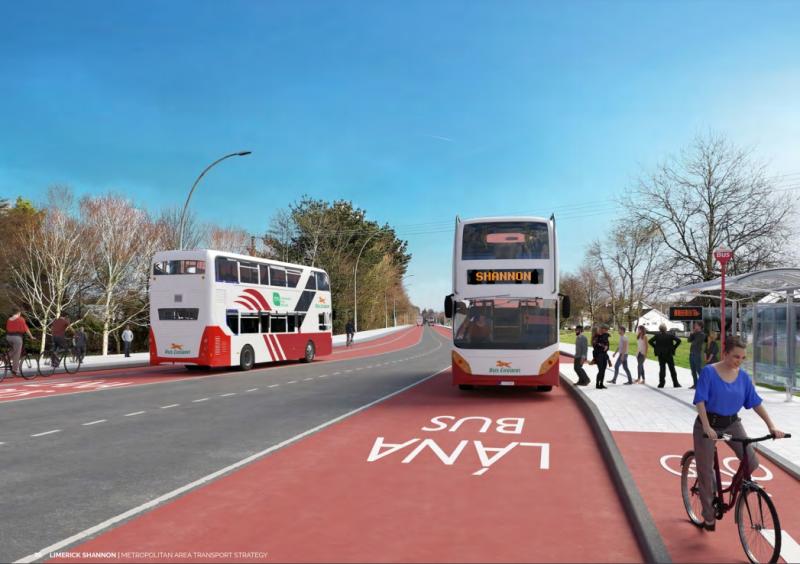 THE CHAIRMAN of Limerick council's transport committee has criticised travel bosses amid a fresh delay to a new blueprint.

Despite a draft being launched over a year ago, the Limerick Shannon Metropolitan Area Transport Strategy (LSMATS) has yet to be published.

He said the delay on the strategy is "unacceptable".

"This plan once published will set out the framework for the delivery of critical public transport routes including ‘Bus Connects’ together with additional cycle routes and the upgrade of our rail network infrastructure to facilitate a transition towards more sustainable options for people to commute," he pointed out.

"LSMATS has been in the design stage for several years now with the first draft published last year. Significant concerns were expressed at this time that the draft plan lacked any vision and ambition to realise the true potential of Limerick and the wider metropolitan area to achieve its full potential. The draft plan failed to adequately outline the potential to upgrade our disused railway lines while also failing to climate proof stated objectives. We have been patiently waiting for over twelve months with two previous timelines for publication coming and going," he added.

This is completely unacceptable. LSMATS delayed AGAIN! It is more than a year since we saw the first draft.

How are we expected to plan for the future and plan additional capital investment in the absence of a coherent transport strategy ‍♂️ https://t.co/9HrGrvSDcR

The City West councillor formally invited Ms Graham to come before the next meeting of the transport committee.

"It is simply not good enough to continue to prevaricate and delay publishing the plan as other cities proceed full steam ahead with the implementation of their public transport plans. We are losing confidence and faith in the NTA as several other smarter travel projects such as the long awaited Technological University of the Shannon to city centre cycle route remain stalled pending NTA approval. Our hands are tied behind our backs and this is no way to deliver much needed transport infrastructure projects that once delivered will help our social and economic development," he added.

In a tweet, Cllr Leddin's party colleague Cllr Conor Sheehan asked: "How are we expected to plan for the future and plan additional capital investment in the absence of a coherent transport strategy?"

The NTA and council have been contacted for comment.