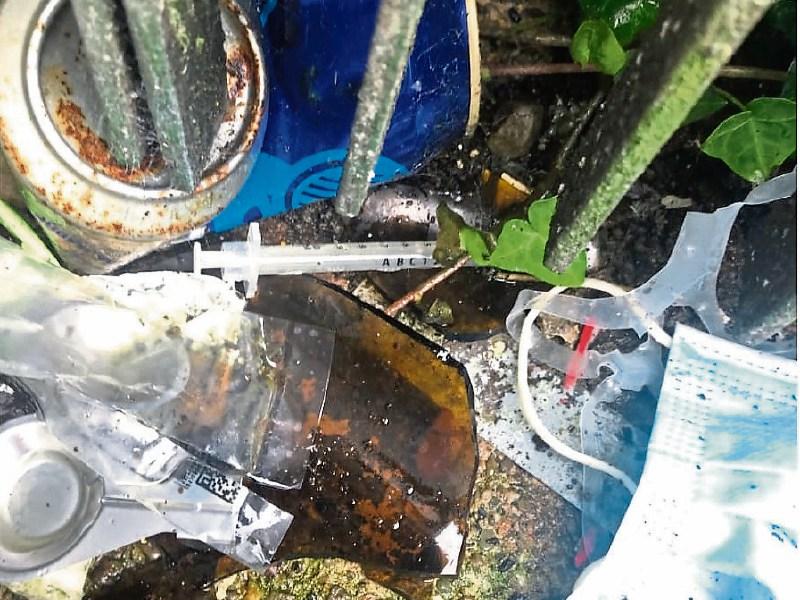 THERE are fears children could inadvertently pick up discarded syringes, smashed bottles and tablets left in street near a number of city schools.

Locals in Naughton’s Place, just off Henry Street are furious after an area adjacent to their homes, beside a closed business, has become hangout area for groups taking drugs and drinking.

As a result of this, when they move on, potentially very dangerous litter is left.

With the area in close proximity to five schools, local councillor Azad Talukder is planning talks with the gardai and the local authority over the issue.​

Brian Monahan, father to a three-year-old boy said: “You’d see all sorts left around here. Pills would be left behind, for example Xanax. The last thing I want is for my son to pick up one.”

Cllr Talukder added: “If a child sees something like this, it’s something different to them. If he sees a syringe or a colourful packet, he can put it in his mouth. It’s very dangerous. As a parent, I wouldn’t like to see this happen to any child”

“I’m really worried for the safety of our pupils in case a child inadvertently picks something up,” added a local principal, who did not wish to be identified.

Last week, Limerick coroner John McNamara warned of the danger of drugs, particularly the “lethal” combination of cocaine and the prescription pill Xanax.

In the past, Cllr Talukder has reported the debris left behind to the local authority, who immediately send staff there to clean up.

“It’s very frustrating. They don’t move on. I have a teddy up in the front window, and they can see my child living here, and they still don’t care. I’ve had elderly neighbours approach me who haven’t been able to sleep,” he added.

The Naughton’s Place man said he would normally call the gardai at 9pm ahead of his son’s 10pm bedtime, as he is used to them taking a while to attend the scene.

But he admits he doesn’t even call them anymore out of frustration, alleging they do not always turn up.

Referring to the group, Cllr Talukder said: “They do not think anything about the women or the older people living there. It’s totally unacceptable.”