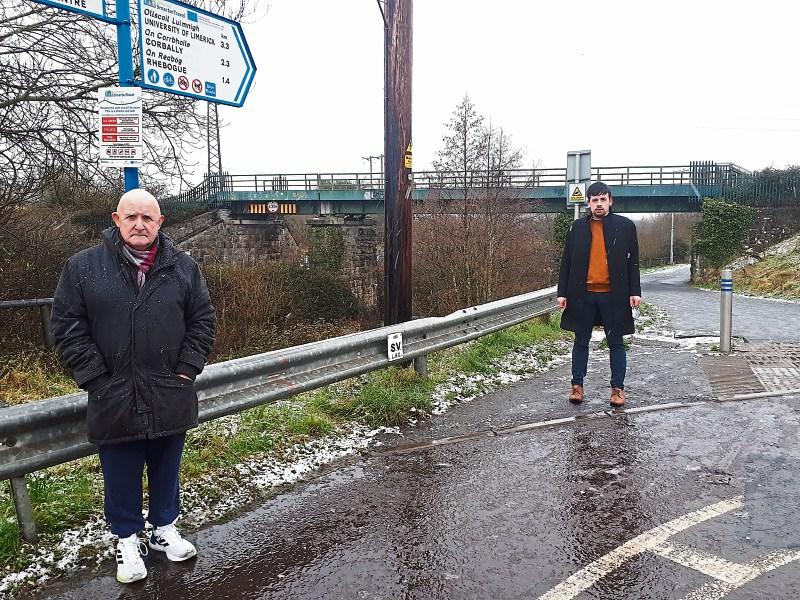 AN Bord Pleanala has made a decision on a new bridge across the Park Canal in Limerick.

The national planning appeals body has ruled that a new structure connecting the Lower Park Road to the Canal Bank to facilitate two-way traffic can go ahead, subject to conditions.

It will be situated a short distance away from the existing hump-back bridge.

But the project has proven unpopoular at local level, with councillors fearing it will turn the neighbouring streets into "rat runs".

Cllr Sheehan - who previously said a new bridge would be “excessive, visually obtrusive and unnecessary" - has criticised the decision.

He said: "My big concern is on the Lower Park side, from Lower Park at the top of the hill going towards Rhebogue, there is no footpath. This bridge will bring more traffic to the area. There needs to be clarity there. We need a footpath from Lower Park going towards Rhebogue. At the moment, pedestrians share the area with cars and cyclists. This bridge will bring more traffic into the area, and the need to bring a footpath into the area has never been more urgent."

The northside councillor said, given the speed in which society is shifting to smarter travel, An Bord Pleanala did not include the provision of a footpath as a condition.

"It will bring more vehicular traffic into our neighbourhood which is very unfortunate as the fact of the matter is the Pa Healy Road was built to filter traffic from Corbally through to the Dublin Road. People should use this, rather than drive through Lower Park which is a quiet residential area. I'd have concerns that some of my elderly neighbours might find it hard to get out their drives in the early morning if there is extra traffic," he added.