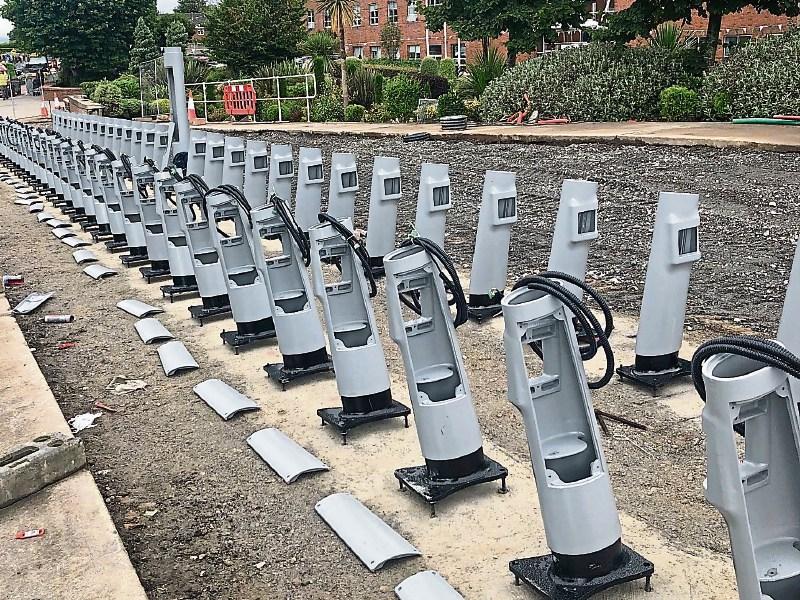 WORK has begun to install a number of new docking stations which will facilitate the expansion of the Limerick Bike-Share scheme to the northside of the city.

While there has been no official announcement, the Limerick Leader has learned that works are underway at LIT in Moylish, Kings John’s Castle and at High Street, Thomondgate.

The project is being led by the National Transport Authority under the Transport for Ireland scheme and it’s understood the new docking stations in Moylish and King John’s Castle will be operational before the end of next month.

The Mayor of the City and County of Limerick, Cllr Daniel Butler, has welcomed the works as have a number of other public representatives who have taken to social media in recent days.

Cllr Olivia O’Sullivan says the new station near the LIT campus in Moylish is particularly welcome and long-overdue.

“I am delighted with the news that the bike share scheme in Limerick is finally being expanded into the northside of the city, starting with a new docking station at LIT’s Moylish campus. Many in the locality, including myself, have been calling for this for a very long time. This will be very welcome news to students at LIT that commute to college across the city, and a great amenity for students staying locally to get around easily,” she said.

“Local residents in the area who wish to jump on a bike for short trips to various locations in the city, will benefit from the convenience of being able to ‘share’ or borrow a bike when needed,” she added.

Work on the Moylish docking station started earlier this month while work to replace the previous station near King John’s Castle begins today.

That station, which has been closed for some time, will be located in a green area across the road from the castle.

A start date for works to install the new station in Thomondgate has yet to be confirmed.

A spokesperson for Limerick City and County Council confirmed it’s Active Travel Department has been briefed on the works.

It’s understood the opening of the new docking stations will coincide with the an upgrading of the bikes currently being used as part of the bike-share scheme.