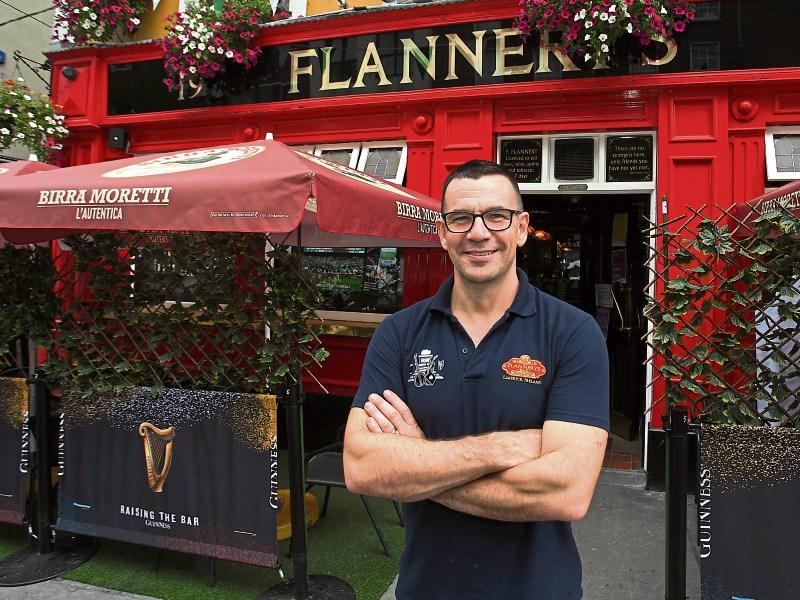 Mick Dolan, who runs Dolan’s in the Dock Road, and local Vintners Federation of Ireland (VFI) representative Paul Flannery, of Flannery’s in Shannon Street, spoke after reports that the government is expected to approve the drafting on new licensing laws in Ireland.

This could pave the way for some venues to open as late – or early depending on how you look at things – as five o’clock in the morning.

But Mr Flannery said he does not think this would be feasible in Limerick due to a smaller population base then other cities.

“The soundbites we have been hearing of five and six am opening would only occur in a small percentage of cases. Will it work in the likes of Limerick, Cork, Galway or Waterford? Probably not. I think the main population zones of Dublin, where you have footfall, it may or may not work,” he told Business Leader.

However, even where there is this population, he feels the “novelty” might eventually wear off.

“It will be a novelty, you might use it once in a blue moon. They say they want to bring these licensing laws in, while at the same time, want to reduce the number of car accidents the morning after the night before. It feels like the right-hand is not talking to the left,” he said.

The government’s night-time task force reported back last week, making a series of recommendations on how to improve the twilight economy.

There are 36 proposed actions, including the pilot of new night-time economy advisors in six cities and towns, the modernisation of the licensing regime, and much-improved transport operations.

This is something that is important to Mr Flannery, who said: “With everything closing at 11.30pm each night of the week, you’ve a huge influx in people out onto the street. The taxi services cannot cope, and you’ve a lot of people struggling to get some because the volume of cabs simply is not there. Transport has to be key in the strategy.”

He pointed out many people run from his bar ahead of closing time in order to catch the last bus home “which may or may not turn up”.

Mr Dolan, meanwhile, said he is disappointed more of a focus was not placed on the insurance challenges venue owners now face.

He said: “Since Brexit, a lot of English companies have left Ireland and it’s difficult to get insurance. There’s no competition, I think there’s only one company left. The firm we had are gone, we’ve moved onto a new company, and we’re still negotiating with them to open up venues.”​

The businessman also wants to see reforms of the licensing costs, pointing out that his Dock Road venue would pay up to €60,000 a year for this purpose.

“It’s an awful lot of money to pull back,” he said, The cost for one late license is crazy. You’re paying €410, then solicitors fees. It’s just crazy.”