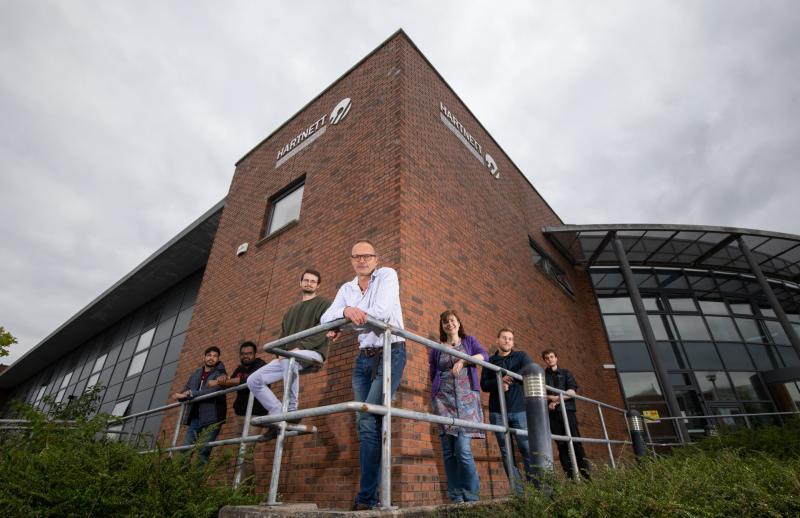 Mark Cochrane, CEO and Founder of Trackplan, and members of the team at LIT's Hartnett Enterprise Accelleration Centre

AN award-winning global software company excelling in its industry has moved into new offices in Limerick city after a successful start at LIT’s Hartnett Centre.

Trackplan, an innovative facilities management software company, moved into the city centre this week following a significant year of growth.

The company, which has been based at LIT’s Hartnett Enterprise Acceleration Centre for the last six years, won Start-Up of the Year in 2017 with Enterprise Ireland’s New Frontier’s Programme.

CEO and Founder of Trackplan, Mark Cochrane, stated: “I had wanted to start my own company for a while, and getting on the new Frontiers Programme with LIT, gave me the supports I needed to nurture and grow Trackplan. Six years on, the company has organically grown to a team of seven talented and skilled developers that I was able to employ from within Ireland and overseas.”

The company now has almost 50 clients from around the world including, The Australian Open (tennis), Saudi Aerospace and The Royal College of Surgeons.

“We are delighted to start a new chapter at Trackplan in the heart of Limerick city. I have a great sense of pride in Limerick and want to see it continue to thrive. As Trackplan expanded, it only made sense to locate our new office in the city centre. I will miss LIT enormously,” Mark added.

Head of Innovation and Enterprise at LIT, Gillian Barry has welcomed the move. “Since winning Start Up of the Year with our New Frontiers Programme, Mark has grown this from a compelling opportunity to a global business. Mark has steadily grown Trackplan to what is now a global company big enough to move out of the centre and into Limerick city," she said adding: "We look forward to continuing to engage with Mark and the team and work with the next generation of inspired startups who will be based in the Hartnett Centre with us,” she continued.