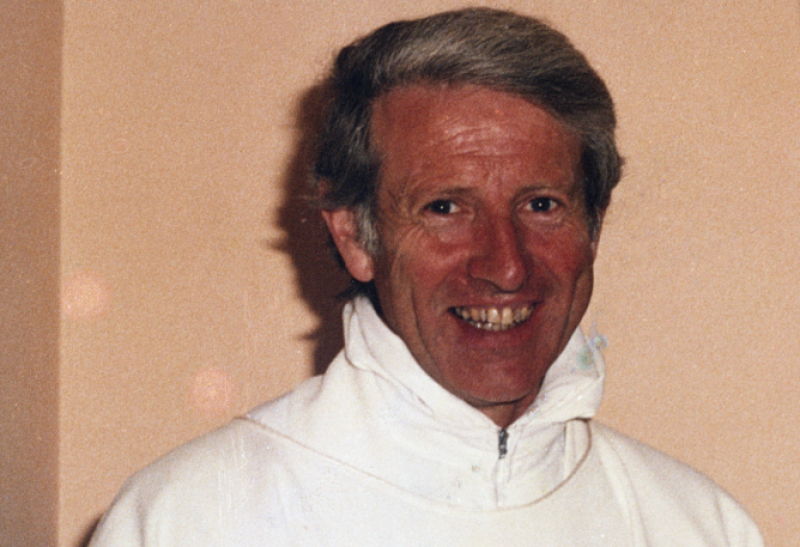 THE second part of The Killing of Fr Niall Molloy airs this Monday evening at 9.35pm on RTÉ One.

Fr Niall Molloy was found dead in the bedroom of his close friends, Richard and Teresa Flynn, at the end of a wedding weekend in 1985.

In the 2-part documentary, its makers re-examine what happened in the bedroom that night, go behind the scenes to show who Fr Niall, Richard and Teresa were, and uncover new information that points towards a motive, and possibly the involvement of a third party in his death.

Rumours abounded and grew, to the point that, thirty-five years later, the Molloy family is still fighting to restore Fr Niall’s name.

In programme one, Clara resident and social diarist James Gibbons talks about the big wedding that took place that weekend. Maureen Flynn was marrying Ralph Parkes on July 6, 1985, in a marquee on the grounds of Kilcoursey House in Clara, Co. Offaly.

Mr Parkes is well known and highly respected in Limerick business and sporting circles. He is an entrepreneur with a 35 year track record of wealth creation, building businesses across hospitality, retail, property development, construction and private equity.

Through Parkes Properties, Mr Parkes was involved in delivering a wide range of retail, commercial, and residential projects throughout Limerick including the Parkway Shopping Centre, City East Plaza and City East Retail Park. He and Maureen reside in Limerick.

There were over two hundred guests invited, including celebrities, politicians, business people and the horsey set. Fr Niall didn’t celebrate the wedding, as he was already booked for one in his parish, but he did attend later on, returning to Castlecoote that night.

The following day, after Mass, he travelled back to Clara for a lunch hosted by the Flynns, for the remaining family and friends. Fr Molloy was found badly beaten in the bedroom of Richard and Theresa Flynn at Kilcoursey House in Clara.

In programme 2 on tonight, the documentary makers unveil a bedroom set, constructed to the exact specifications of the Garda drawings.

Former Northern Ireland State Pathologist, Professor Jack Crane CBE; Forensic Psychologist Dr Ciara Staunton of UCC; and former Merseyside Police Crime Scene Investigator Angela Doyle meet in the "bedroom". They walk and talk through the evidence and scenario, as presented by Richard Flynn and other statements, to see if the events could have happened as he described. They have another theory.

Part 2 of The Killing of Fr Niall Molloy airs this Monday evening at 9.35pm on RTÉ One.