Limerick village to keep an eye on its new post box 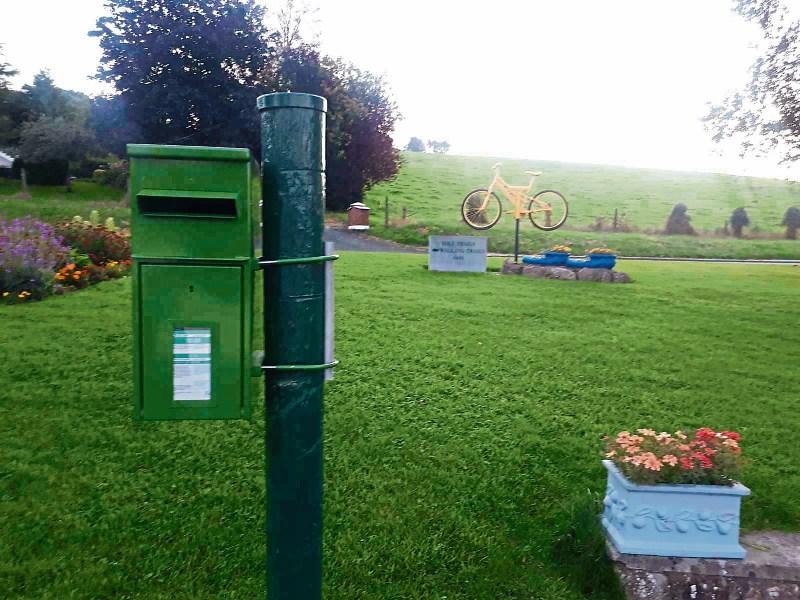 ARDPATRICK has given the stamp of approval to its new letter box.

The old post box was mysteriously stolen during the summer.

A spokesperson for An Post confirmed the letter box in Ardpatrick was stolen over the weekend between Friday, June 18 and Sunday, June 20.

“It had been cleared as normal on 5pm collection on Friday, June 18. There were no reports from customers who may have posted over the weekend.

“We reported the matter to the gardaí at Bruff Garda Station. These kind of thefts do take place although very rarely,” said the An Post spokesperson.

Currently, An Post has just over 2,000 letter boxes across the country.

Limerick Leader notes correspondent, Michael Coughlan delivered the good news on the post box in his weekly dispatch from Ardpatrick.

“It means that locals will not have to travel far to post items now. The box is an aluminium box, green and has being bolted to the original wooden post in the same position The replacement has pleased the local population leaving them with no travelling worries to post items. Thanks An Post,” wrote Mr Coughlan.

The An Post spokesperson said they were glad to have been able to restore the box and the local service to the people around Ardpatrick.

Anybody with any information regarding the theft of the post box is asked to contact Bruff Gardai on 061 382940.