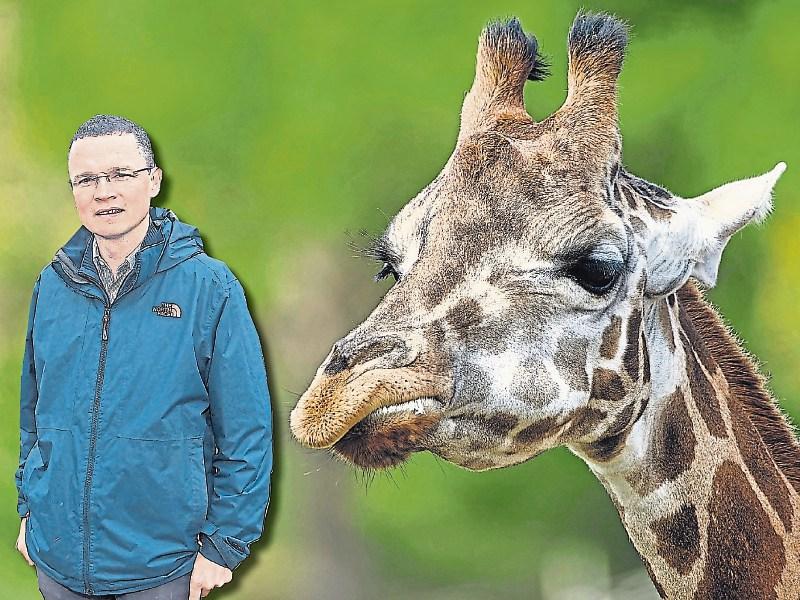 MINISTER Patrick O’Donovan said he has “never got a reaction like this” after saying a giraffe popping its head over a ditch in County Limerick wouldn’t surprise him due to the length of the grass on road verges.

“It is like the Serengeti all around the county. I am waiting to see a giraffe or buffalo from the side of the road. It is like something out of a Safari tour,” the minister told the Leader two weeks ago.

“It is shocking to see what is going on. The grass is three and four foot tall on the side of the road - you could bale it now in some places,” he continued.

Despite his tongue in cheek remarks, the OPW minister said there is a serious road safety issue.

“I came out of a busy junction on the N21. You have to come out so far now on the road to see because the grass is three or four feet tall. If there is an accident as a result of this wild grass where you have no visibility, who is going to take responsibility for it?” asked Minister O’Donovan.

The story grew legs, not only in Limerick, but around the country. Emails were sent to him from as far away as Donegal and Monaghan after they saw the story on limerickleader.ie

“There has been a hugely positive response from people who agreed with the sentiments I expressed. There is a problem all over Ireland for walkers, cyclists, motorists coming out of junctions who can’t see left or right because of uncut grass.

“When people contact my office in respect of an issue of road safety and road fatalities I have to take that very seriously and I do,” said Minister O’Donovan.

He said he has no issue with those who disagree with him on grounds of biodiversity but he received a number of “abusive personalised attacks”.

“It’s trolling. I never take any notice but some politicians do and social media companies have an obligation to deal with that sort of garbage. The Limerick Leader wouldn’t allow that sort of stuff be published so I can’t understand why Twitter, Facebook, Instagram and all the other social media outlets continue to allow it. It doesn’t deter me from doing my job,” said Minister O’Donovan, who is now enjoying the smell of freshly cut grass.

“Since the Leader raised this issue the mowers are out in force and I am delighted to see grass being cut all over the county. There are big improvements being made but there is further work to be done. I hope the rest of the grass that hasn’t been cut will be cut,” he concluded.