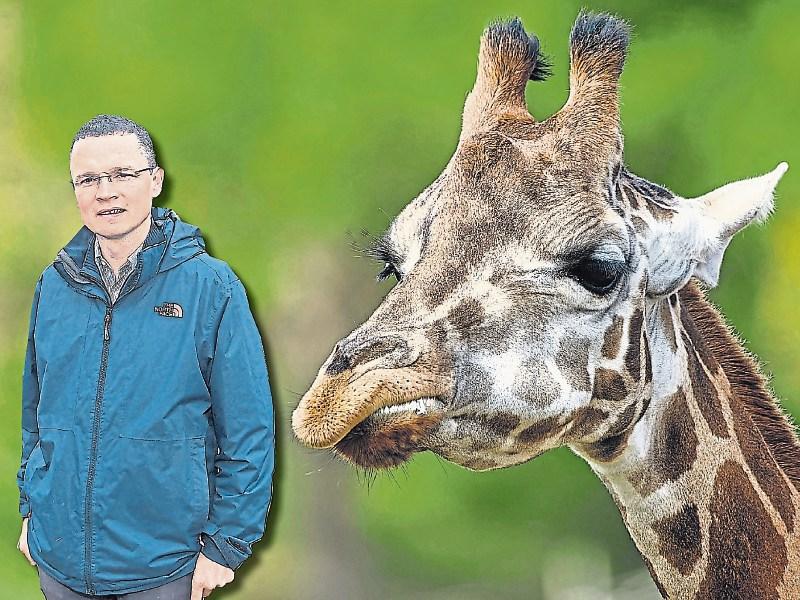 A GIRAFFE popping its head over a ditch in County Limerick wouldn’t surprise Minister Patrick O’Donovan due to the length of the grass on road verges.

“It is like the Serengeti all around the county. I am waiting to see a giraffe or buffalo from the side of the road. It is like something out of a Safari tour,” said the minister.

Minister O’Donovan said it “seems only to be a Limerick thing” and he has got a raft of complaints about it.

“No one knows what a hedge and what a grass margin is anymore. It has all been subsumed into one organic mass of vegetation.

“The entrances into some of our towns and the roadside margins along the national primary roads, rural roads and roundabouts are a show. They are an absolute embarrassment at this stage. I know some people are saying it is for biodiversity. I don't believe it is all about pollinators. There is more room now for the bees than there is for anything else,” he said.

Despite his tongue in cheek remarks, the OPW minister said there is a serious road safety issue.

“The I came out of a busy junction on the N21. You have to come out so far now on the road to see because the grass is three or four feet tall. If there is an accident as a result of this wild grass where you have no visibility, who is going to take responsibility for it?” asked Minister O’Donovan.

His plea to Limerick City and County Council is to cut the grass which is nearly growing in front of your eyes due to the heat after the rain.

“Somebody needs to take responsibility. I don’t want an explanation. I don't want an email. I don’t want a letter. I just want it cut. I don’t see anything wrong with cutting grass. It has turned into a jungle. I think it is reflecting very poorly on us,” said Minister O’Donovan.

The Leader put his concerns to the council.

A spokesperson said as a roads authority their approach to verge and hedge cutting in the summer season is “primarily determined on road safety requirements”.

“Having regard to the requirements of the Wildlife Acts and our commitments to the All-Ireland Pollinator Plan, management of the verges is being tailored to best meet such commitments and the specific limitations between March and August.

“In order to facilitate this, a drive through survey was undertaken to identify areas where the grass cutting would be required for visibility purposes. These primary safety areas, mainly junctions and sharp bends, were communicated to the contractor as the areas that required the initial cut,” said the council spokesperson.

They acknowledged that there are “large sections where we are not now cutting the full verge where we may have in the past in an effort to meet our obligations as outlined above”.

“This approach is under regular review. Where there are safety concerns we will review these and action where we deem necessary,” concluded the council spokesperson.