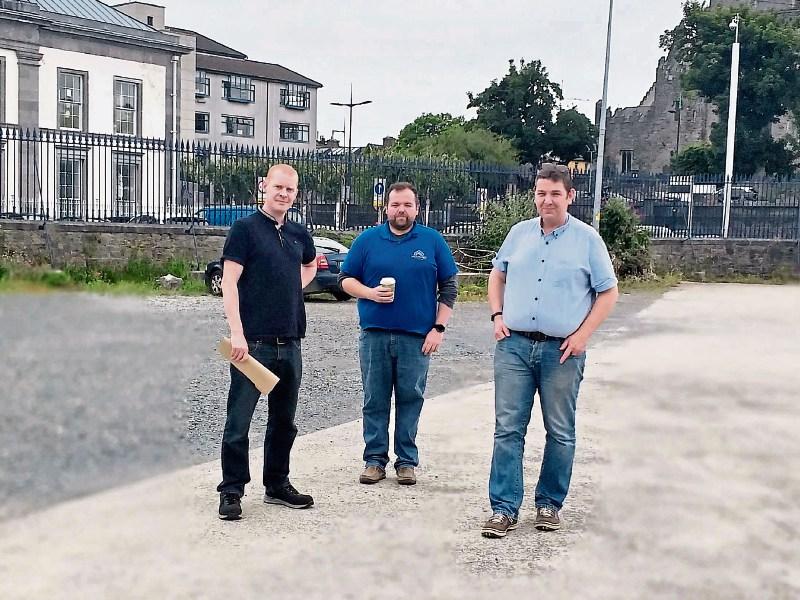 THE future of car parking and motor charging could be on display in the city before too long.

It comes after the Milk Market teamed up with Limerick City and County Council, the cityxChange, and manufacturers Metaltech to discuss plans to pilot solar-powered car ports.

Although it’s still at a very early stage, the general manager of the Milk Market​ David Fitzgerald is excited by the proposals.

He said the solar powered panels, if approved by the Market Trustees, could be used to charge electric cars, as opposed to the current facility where wires earth from the ground.

“It’s the future, it’s the way we are going. If we could put solar panels all over the place, we’d be laughing,” he said.

What is envisaged is that a solar car port in the Potato Market would be a demonstration for the rest of the city, in the hope the proposal is replicated across the centre.

“With any environmentally friendly practice, we are always very eager to advance and try and put forward new things. To be fair, the council approached us about the idea. It’s still early stages, it’s not finalised yet. It’s at concept. But we are very hopeful it will reach final approval and go ahead. It’s a great, exciting demonstration of an energy project we can get involved with as a market,” David added.

“As a market, sustainable and environmentally friendly measures are very important to us. It’s just another one of those opportunities really, and it’s very exciting,” the market manager concluded.

Like the Milk Market, the Potato Market is under the control of Limerick’s Market Trustees.

Last summer, in a bid to aid social distancing, some stalls from the Mungret Street covered facility moved across to the Potato Market beside City Hall.

But in the main, it’s used as a daytime pay-and-display car park.