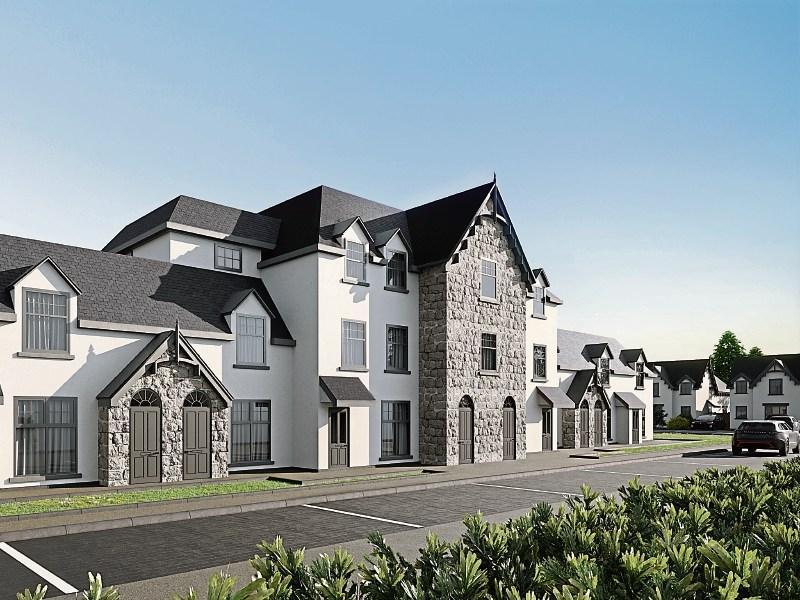 The property market is hot all over Limerick city and county but in Adare it is positively tropical.

For example, ever since planning was lodged and granted for a new development in the village interest has been expressed.

Eoin Hogan, of Hogan Durkan Auctioneers – a newly formed partnership with Packie Durkan – said word got out they are the sole selling agents.

“We haven’t advertised it at all but there have been a number of enquiries. We haven’t been in a position until now to give people build times, price lists etc until last week,” said Mr Hogan.

The development is called Oak Avenue. It is situated across from Scoil Naomh Iósaf on the Killarney Road.

“There will be 16 properties built in Oak Avenue. It is a mixture of spacious four-bedroom semi-detached homes and two / three bedroom terraced townhouses. Prices start from €335,000. They will all be A2 BER rated, air to water heating, triple glazed windows – they will be high quality builds.

“Construction will commence in September and take a maximum of 12 months,” said Mr Hogan.

The auctioneer said it is the third development to be built in Adare in recent years after Manor Brook and The Heritage.

“It is very rare to have a development in the centre of Adare. It is a real one-off,” said Mr Hogan.

His business partner, Mr Durkan has a good analogy of the auctioneering phrase - the house is “within walking distance” of the town or the village.

“When you turn on the kettle to make a cup of tea but you discover you've run out of milk you have to be able to go to the shop and be back in time with the milk while the kettle is still boiling! Oak Avenue is the essence and convenience of village living,” said Mr Durkan.

They ask interested parties to register their interest on www.oakavenue.ie ahead of the official launch.

Adare is long regarded as one of, if not the most desirable location to reside in the county.

“There is the Manor, of course, and the village itself is going from strength to strength. It is in demand by first time buyers right up to people retiring. You don’t have that in estates in Limerick city or other county towns and villages because people move to places for different reasons but Adare is attractive to all types of buyers,” said Mr Hogan.

This time of year things usually get quiet in the property business but not in 2021.

“This July and August has bucked the trend because the demand is so high and mortgage approvals are very strong. People are being flexible – even if they are on holiday they are making themselves available if a property does come up,” concluded Mr Hogan.