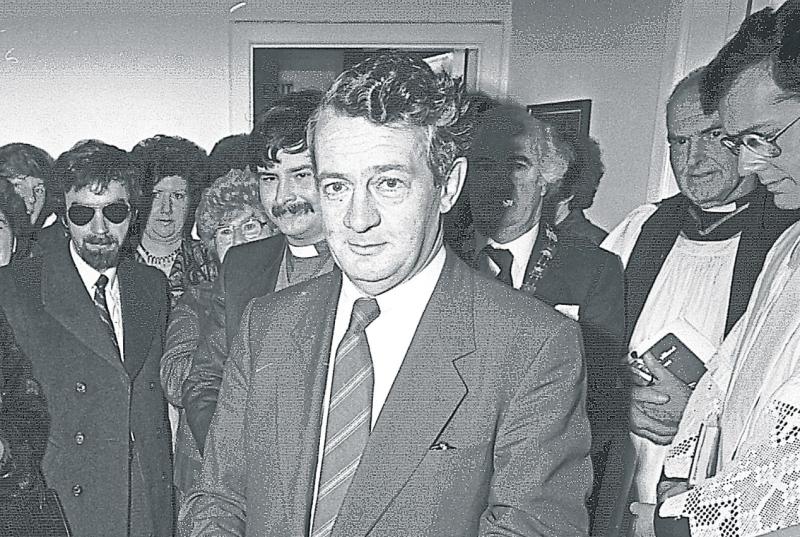 THE death has been announced of former Limerick TD and former government minister Des O’Malley, who was a founding member and leader of the Progressive Democrats.

Mr O'Malley had been unwell for some time. He was 82.

Mr O’Malley was born in Limerick in 1939 to a family steeped in politics. He was educated at the Jesuit Crescent College and at UCD where he graduated in law. He was first elected as a Fianna Fail TD for Limerick in 1968, following the death of his uncle, Minister for Education, Donogh O’Malley.

He progressed rapidly and was elevated to the position of Minister for Justice in 1970 at the incredibly early age of 31 by the then Taoiseach, the late Jack Lynch, who was to become O'Malley's mentor.  As Minister for Justice Des O'Malley displayed the qualities of courage, tenacity and determination that would later become the hallmarks of his entire career.

Responding to the announcement of Mr O’Malley’s death today, Minister of State Niall Collins said: “There will be huge sadness at the passing of Des O’Malley. He was an outstanding public representative locally and nationally for years and made a major contribution at government level for decades. Our thoughts and sympathies are with his family and the extended family in Limerick."

Des O'Malley went on to serve in several different government departments. His forte was economic policy and he had a passionate commitment to the industrial development of his country. As Minister for Industry and Commerce he played a key role in bringing job-creating foreign investment into Ireland and into Limerick and the Mid-West region.

He was returned as a TD by the people of Limerick at eleven successive elections. He represented the city and county for thirty-four consecutive years, and he served in four different governments, holding a range of senior ministerial portfolios.  In that period he fundamentally altered the justice, economic development and political landscape of Ireland.

A fierce opponent of Charles Haughey, he was expelled from Fianna Fáil in 1984 by Haughey. Following that he went on to found the Progressive Democrats in 1985, becoming its first leader.

As leader he took the party into coalition government within four years of its foundation where he served as Minister for Enterprise, Trade and Employment. He stepped down as leader in 1993 and as a TD in 2002.

He released a memoir, Conduct Unbecoming: A Memoir in 2014.

Des O’Malley was predeceased by his wife Pat and is survived by their six children and extended family relations.