Limerick entrepreneur Dan Dooley, 93, was ‘a man before his time’ 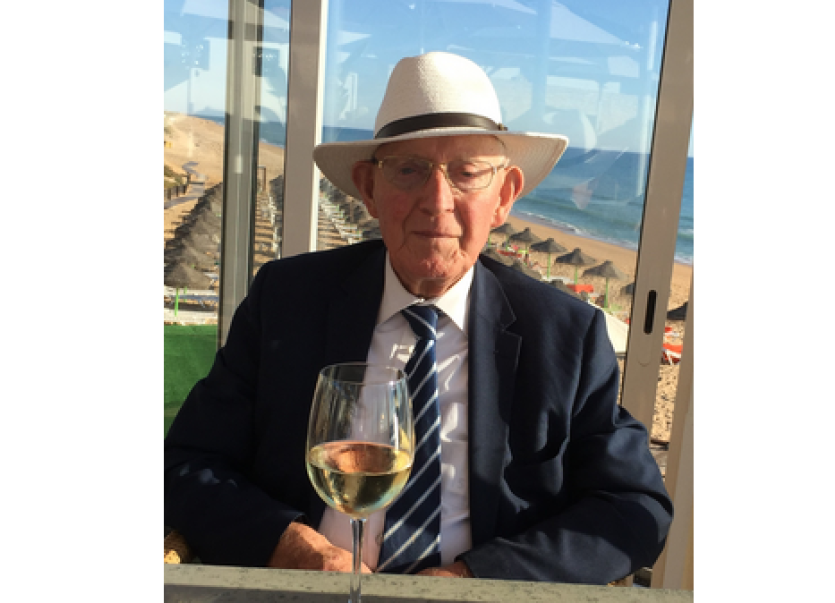 The late and great Dan Dooley

THE LATE Dan Dooley came from Kildare to work in a small little business in Emly as a mechanic many, many years ago.

It was only supposed to be a temporary job. Kildare’s loss became Limerick’s gain as he moved on from Emly to Knocklong where he founded Dan Dooley Car Sales and later Dan Dooley Rental.

The success of Dan, who went to his eternal reward aged 93 last Saturday, was founded on hard work, said local councillor Eddie Ryan

"The word legend would describe Dan Dooley. What I do remember about Dan and his wife Mary is that they worked very hard. They would go down to Rosslare or Waterford and they would tow one tractor after another back to Knocklong. That was hard graft and hard work," said Cllr Ryan.

"The car situation was only starting to get going. He became an agent for Ford. He grew that business from nothing to a substantial and massive one. Dan and his wife Mary worked extremely hard to build up a business that has gone on to be a massive business.

"Dooley Car Hire came into the picture and that again mushroomed quickly. He was an entrepreneur - he had the vision to see the possibilities of hiring cars when tourism was only getting going," said Cllr Ryan, who bought four or five cars from Dan over the years.

"It was always a straightforward deal with Dan Dooley. He had a price in his head and he stood by it and he stood over the car. You could rely on him as a person and as somebody to deal with," said Cllr Ryan.

To Knocklong, Garryspillane and surrounding areas, Dan Dooley and family are well and truly embedded in the community, said the councillor.

"Jim and Pat have taken the reins and continued its success with huge employment. They play a massive part in the GAA in Garryspillane and Limerick.

"Sponsorship is a big part of their business. They believe in the community and are big hurling people. I would simply say hard work pays off eventually and Dan and his family epitomise that,” said Cllr Ryan, who expressed his condolences to the Dooley family.

Fr Joe Tynan said the funeral Mass in St Joseph's Church, Knocklong on Monday. In a lovely homily, Fr Tynan touched on a number of comments in the condolences section on rip.ie

"He was described as a man before his time; an inspirational person in business and a wise man. I picked up on that whole idea of a wise man and linked it into the readings from the Book of Wisdom. You can be wise and shrewd in business but equally you have to be wise in life and Dan was.

"He was such a contributor to the local parish and local community in giving of the talents he had and he helped out lots of people. He brought his gifts to bear not only in business but in life and that's at the heart of the Christian calling," said Fr Tynan, who noted there were messages of sympathy from all parts of the country.

The name Dan Dooley will ring out long into the future.