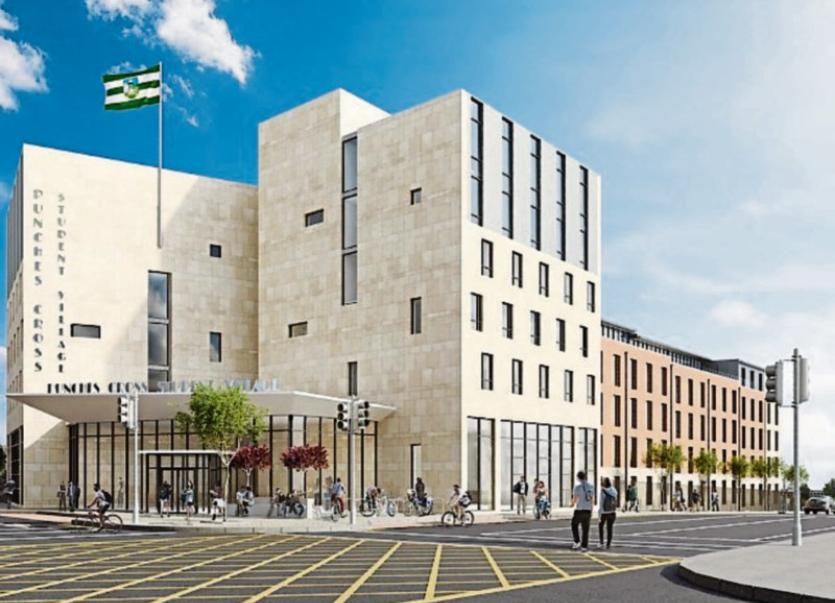 CONCERN has been expressed over plans to construct a multi-storey student accommodation development in the city.

Despite An Bord Pleanala rejecting plans for a similar development last year, Cloncarragh Developments has returned with a fresh application. It’s been fast-tracked to An Bord Pleanala, because of the fact more than 100 units are planned.

But as a part of this, it means Limerick City and County Council will make a formal submission where the views of members are reflected.

At this week’s metropolitan district meeting, the plan for 100 apartments to house 300 students and build-to-rent units was discussed.

Cllr Leddin also said round-the-clock security must be on site to prevent “a mini skate park forming in front of it”.

Independent councillor Elisa O’Donovan said residents have a lot of health and safety fears at the site – pointing to its past use as a petrol station.

“The last health assessment done on that site was 2013. I just think any petrol storage tanks there need to be fully decommissioned. It's a real concern in relation to any environmentally hazardous materials,” she said.

She added: “I think many residents do not think the design is fitting to the area considering it is a special area of architectural conservation. We do have a housing crisis. Is student accommodation really needed? What is going to happen if there isn't demand for it? I think we need to plan proper housing for people not shoebox apartments.”

Fine Gael councillor Daniel McSweeney is concerned at the number of car spaces – just 76. By contrast, 400 bike spaces are provided.

He said 19 of the 20 students on his course at the Limerick Institute of Technology drive.